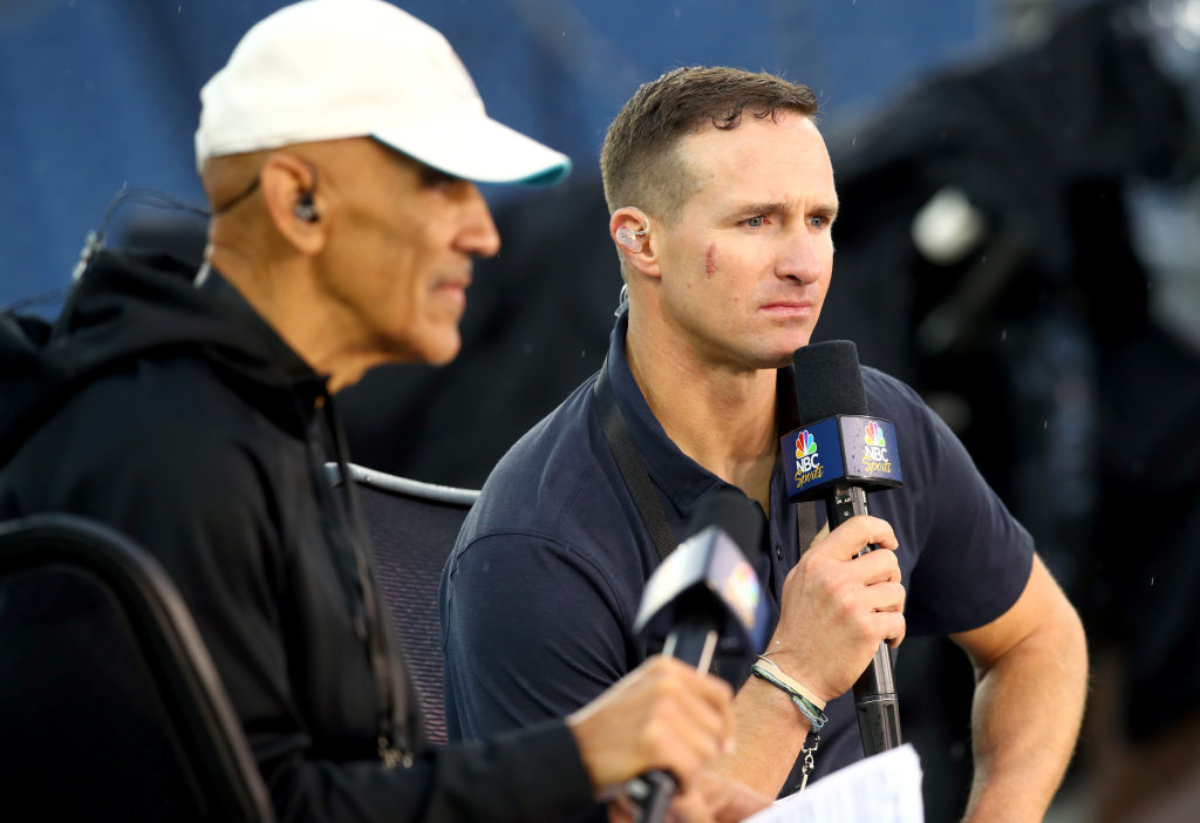 The Drew Brees experiment is over at NBC.

According to the NY Post’s Andrew Marchand, Brees and NBC have decided to part ways after the company “soured” on the former QB as a color commentator during their live games.

NEWS: Drew Brees done at NBC after one year as an NFL TV analyst, The Post has learned.https://t.co/jKFmfAtoKQ

Legendary NFL quarterback Drew Brees will not return to NBC after just one season as a studio and game analyst, according to sources.

The decision seemed mutual as Brees preferred doing games over the “Football Night in America” studio show, and NBC didn’t have many NFL games to offer him. NBC soured on Brees’ potential after originally believing he could develop into the heir apparent to Cris Collinsworth on “Sunday Night Football” games.

On the air, Brees, 43, had an up and down rookie season that was highlighted by a poor performance in his biggest broadcast of the year, the Bengals-Raiders playoff gam

While Brees was extremely awkward in the booth and in the studio, I will miss all the jokes about his painted-on hair.

Drew Brees’ hair for comeback player of the year. pic.twitter.com/hFwVGjVbkZ

Congrats to Drew Brees on his new job and his new hair! pic.twitter.com/xXUvIvfH6F