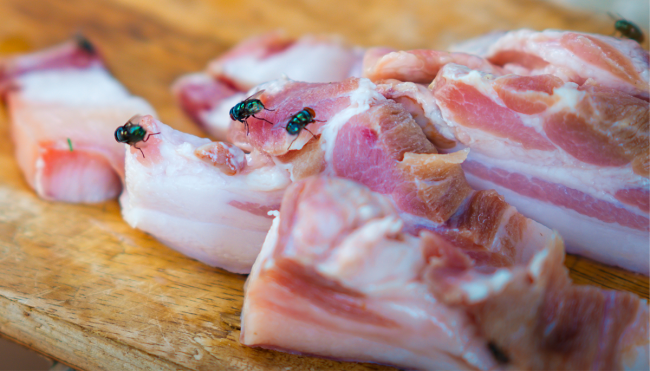 It’s sort of wild to think that society wouldn’t be where it was today without the help of the early humans who routinely played a fun little game I like to refer to as “I Wonder If This Will Kill Me If I Eat It?”

If you’re not familiar with this exercise in trial and error, the rules are pretty simple: you’re forced to decide between starving to death or eating something with the potential to stave off or accelerate that demise. If you win, you survive to play another round; a cycle that repeats in perpetuity as long as the answer to that question is never “no.”

We owe the discovery of many of the delicacies we enjoy today to the people who initially ate them out of necessity, including the many foods out there that get their signature essence from being purposefully spoiled. The aforementioned game also allowed humans to stumble upon a variety of substances with some particular enjoyable mind-altering capabilities, and while I like to think I’m fairly well-versed in that realm, there’s one trend I recently stumbled across that I kind of wish I hadn’t: eating rancid meat to get high.

If you’ve ever had a steak that’s been dry-aged for a couple of months I don’t have to tell you that letting cuts of meat sit out for an extended period of time can produce some fantastic results. With that said, it can also be a bit risky if you don’t know what you’re doing, as the process requires you to trim off the spoiled parts before you get to the good stuff.

However, according to Vice, it would appear there are some people out there who would argue those trimmings are the good stuff based on the psychoactive properties they claim they possess. Proponents of what’s been dubbed “high meat” claim they’ve experienced euphoria after consuming cuts that have been left to rot for an extended period of time, which some people have documented in pictures you don’t have to subject your eyes to if you simply turn back now.

Are you sure you want to see this?

Ok then. You asked for it.

Went down a rabbit hole today of people who leave meat out and eat it raw and honestly the pictures just constantly have me on the verge of vomiting.

It might just be because food photography is hard, but…damn. I'm not converted to the "high meat" movement. pic.twitter.com/y3pclgT4ge

I tried to warn you.

Health experts say the trippy effects could be the result of the menagerie of bacteria and other germs that are potentially capable of inducing that feeling and just as capable of sending you to the hospital or an early grave if you ingest them.

It’s also worth noting people who’ve tried to get high off of meat say it doesn’t always end up working, so if this somehow seems appealing, I’d suggest typing in “drugs” on Google to explore some of the other options capable of providing a similar end result without having to worry about dying of dysentery.