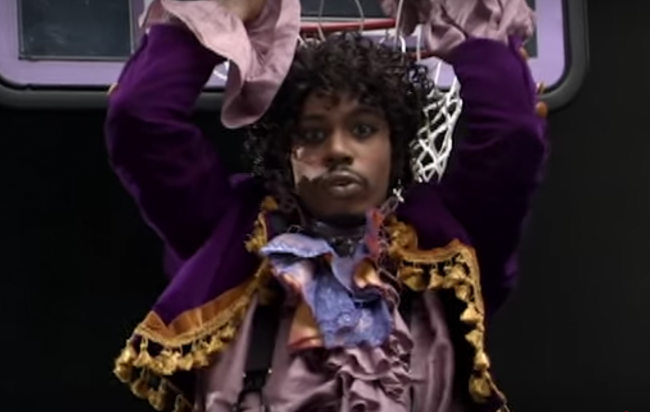 There’s no doubt Dave Chappelle will go down in history as one of the greatest comedians to ever walk the planet thanks in large part to the stand-up specials that put him on the map, and while he’s undoubtedly a masterful storyteller, listening to his jokes usually requires you to suspend your disbelief, as the idea of a baby selling crack cocaine on a corner is as entertaining as it is preposterous.

Dave Chappelle went all-in on the absurdity when he turned his attention to Chappelle’s Show, using the sketch comedy format to his advantage by dreaming up a wide variety of ludicrous scenarios and providing viewers with Nick Cannon-levels of infinitely-quotable hilariousness in the process.

It’s virtually impossible for me to pick my favorite sketch from Chappelle’s Show, but watching the man behind it and the rest of the gang recreate the tales the late Charlie Murphy recounted in the “True Hollywood Stories” segments would probably be near the top of my list.

The recurring bit made its grand debut during the show’s second season when Murphy was joined by Rick James to reflect on some of the wild nights they had together, with Chappelle playing the role of the latter to recreate some of their misadventures.

Chappelle’s Show also treated us to a supposedly true story about the time Charlie and Eddie Murphy were invited to Prince’s house and found themselves playing basketball against the musical icon, where the brothers and their crew got absolutely trounced before Prince invited them inside for some pancakes.

In the episode, Murphy maintained that the story was 100% true and seem offended when a producer questioned its accuracy, but I doubt I’m the only person who just kind of assumed it was all part of the bit. However, based on what Eddie Murphy recently revealed during a conversation with Jimmy Fallon, that is not the case.

On Thursday, Murphy joined The Tonight Show and was asked to attest to the truthfulness of the story his older brother retold, which the actor claimed was “totally and absolutely accurate” (the discussion begins around the 6:00 mark.)

Chappelle obviously took a few creative liberties (Murphy says he played in the clothes he wore to the club) but it appears the phrase “Shirts against Blouses” was actually uttered and Prince’s team “kicked the shit out of” their opponents. Sadly, the pancakes didn’t come up, but based on what Murphy said, I have no reason to doubt they were served after getting served on the court.