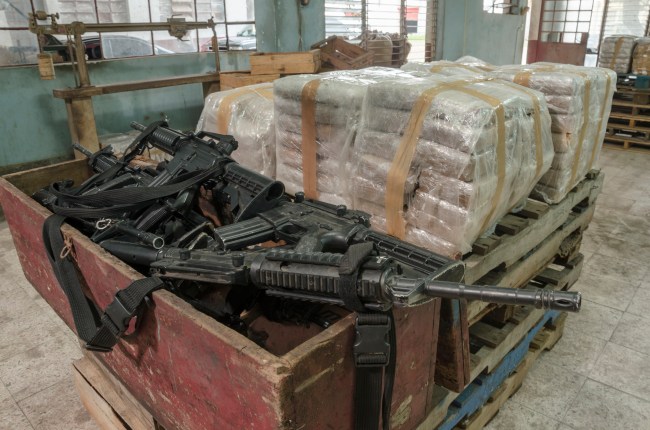 It’s been a hot minute since I’ve heard anything about El Chapo, his sons ‘Los Chapitos’, the Sinaloa Cartel, or the Mexican drug war in general. It’s not surprising that these stories from our neighboring country haven’t been receiving mainstream attention after we’ve just wrapped up a presidential election and are still going through the worst global health crisis in modern history. There’s only so much room on the front page for headlines, right?

That’s why I was a bit surprised to pass by this headline earlier this morning about El Chapo’s son who goes by ‘Los Chapitos’ who are reportedly targeting drug rehabilitation facilities to hire assassins for just $200 a week (two payments of $100 throughout the week) to attack rival drug gangs. The grim reality here might be that they’re simply running out of demographics to target for foot soldiers in their drug war and it’s pretty darn disturbing.

The report in the Daily Mail cites Argentinian news outlet Infobae. The report states El Chapo’s sons are targeting drug rehab facilities to bolster their ranks after years of bloodshed. Here’s the original report run through Google Translate so it might look a bit wonky:

The authorities in Baja California discovered that the drug cartel offered the youth of the Annex “Mazatlán An Opportunity for Life AC”, located at 25 Emiliano Zapata Street, in Mazatlán (Sinaloa), approximately 2,000 pesos per week to form a Los Chapitos cell, confront and attack the advances of opposing criminal groups, in the city of Mexicali (capital of the state of Baja California).

Under this approach, the criminal group, exhausted by years of frontal combat with the Army and bled to death by its own fratricidal fights, would be resorting to all kinds of tactics to restock staff.

For the authorities, the chilling recruitment modality has been interpreted in a positive way: as a reflection of the progressive weakness of the criminal organization led by Los Chapitos and Ismael el “Mayo” Zambada.

A raid by authorities last week apprehended eleven suspects according to the Baja California Attorney General, this led to the revelation of Los Chapitos targeting drug rehab facilities to fill their ranks. They pursued the raid after apprehending a suspect on a motorcycle which resembled one used in a drive-by shooting on Halloween day.

Los Chapitos, El Chapo’s three sons, have taken control of the Sinaloa Cartel since their father was finally locked up for good in the USA. The three sons are currently wanted by American authorities but seem to have a knack for evading capture just like their father. One son, Ovidio Guzmán, was captured by security forces at his house but Mexican President Andrés Manuel López Obrado ordered his release after an all out war broke out in the town and authorities were forced to back down to preserve innocent lives.

I want to be shocked by this. I really do. People seeking treatment for addiction are perhaps at their most vulnerable point in life and to take advantage of that to further bloodshed in a drug war is abhorrent. But I’m not surprised. The cartels will quite literally stop at nothing to try and hold onto their power even as the world shifts towards relaxing strict drug laws.

For more on this, you can visit the Daily Mail or read the Spanish language report on Infobae.