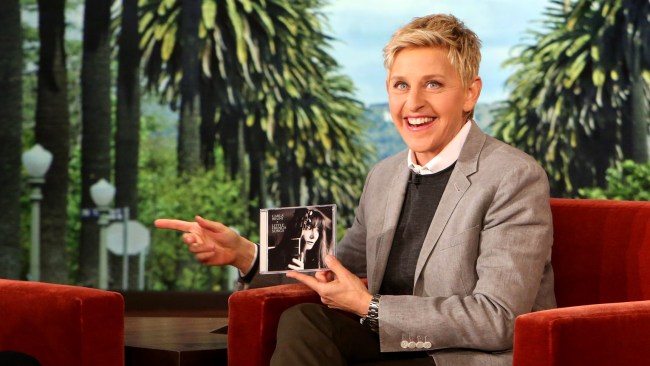 Earlier this week, The Ellen DeGeneres Show came under fire for numerous alleged instances of racism and intimidation within the show’s workplace.

A Buzzfeed report claimed employees of the show work in an environment “dominated by fear” and as a result, WarnerMedia’s employee relations group and a third party firm began conducting an internal investigation to learn more about employees’ negative experiences on the show’s set.

On Thursday, a new Buzzfeed report which involved speaking 36 former employees of The Ellen DeGeneres Show revealed that many of them corroborated occurrences of sexual misconduct, harassment and assault.

One ex-employee said head writer and executive producer Kevin Leman asked him if he could give him a hand job or perform oral sex in a bathroom at a company party in 2013. Another said they separately saw Leman grab a production assistant’s penis.

In May 2017, another former employee also said she saw Leman grope a production assistant in a car and kiss his neck.

Nearly a dozen former employees, who range from longtime, senior-level employees to production assistants, said it was also common for Leman to make sexually explicit comments in the office, like pointing out male colleagues’ bulges in their crotches, or ask them questions like, “Are you a top or a bottom?”

Leman denied any wrongdoing in a statement.

“I started at the Ellen Show as a PA more than 17 years ago and have devoted my career to work my way to the position I now hold. While my job as head writer is to come up with jokes — and, during that process, we can occasionally push the envelope — I’m horrified that some of my attempts at humor may have caused offense,” he said. “I have always aimed to treat everyone on the staff with kindness, inclusivity and respect. In my whole time on the show, to my knowledge, I’ve never had a single HR or inter-personal complaint made about me, and I am devastated beyond belief that this kind of malicious and misleading article could be published.”

Five former employees also cited executive producer Ed Glavin among the allegations of sexual misconduct, while dozens of former Ellen Show staffers reported Glavin “had a reputation for being handsy with women.”

47 former employees who spoke to BuzzFeed News said Glavin “led with intimidation and fear on a daily basis” and often used the private shower in his office as employees came and went.

“You’d be going into his office for an important meeting and the shower door is open and you’re like, that’s a little weird,” said one former employee. “The shower is right when you walk in on the right. Before you even see his desk, you see his shower. He’d be openly showering and going into meetings with wet hair.”

Co-executive producer Jonathan Norman is accused of grooming a former employee by showering him with perks before attempting to perform oral sex on him.

“I have never had a single complaint against me in my career. I have never ‘groomed’ anyone,” said Norman in response to the allegations. “I have never done anything to harm another staff member. Ever. The person I believe you are referring to has ulterior motives for bringing down the show and has been acting with malice towards the show.”

In DeGeneres’ defense, some ex-employees said they don’t think Ellen is aware of the toxic culture in the workplace, partly because of her lack of interaction with the staff and partly because executive producers “insulate” her from what’s really happening.

“Everyone acted really differently around her,” said one former employee. “There’s a show that’s happening behind the show, the show that the executive producers have us all put on for her when she comes to the offices.”

On Thursday, DeGeneres addressed the allegations of a toxic workplace in a memo sent to the show’s staff.

Hey everybody – it’s Ellen. On day one of our show, I told everyone in our first meeting that The Ellen DeGeneres Show would be a place of happiness – no one would ever raise their voice, and everyone would be treated with respect. Obviously, something changed, and I am disappointed to learn that this has not been the case. And for that, I am sorry. Anyone who knows me knows it’s the opposite of what I believe and what I hoped for our show.

I could not have the success I’ve had without all of your contributions. My name is on the show and everything we do and I take responsibility for that. Alongside Warner Bros, we immediately began an internal investigation and we are taking steps, together, to correct the issues. As we’ve grown exponentially, I’ve not been able to stay on top of everything and relied on others to do their jobs as they knew I’d want them done. Clearly some didn’t. That will now change and I’m committed to ensuring this does not happen again.

I’m also learning that people who work with me and for me are speaking on my behalf and misrepresenting who I am and that has to stop. As someone who was judged and nearly lost everything for just being who I am, I truly understand and have deep compassion for those being looked at differently, or treated unfairly, not equal, or – worse – disregarded. To think that any one of you felt that way is awful to me.

It’s been way too long, but we’re finally having conversations about fairness and justice. We all have to be more mindful about the way our words and actions affect others, and I’m glad the issues at our show were brought to my attention. I promise to do my part in continuing to push myself and everyone around me to learn and grow. It’s important to me and to Warner Bros. that everyone who has something to say can speak up and feels safe doing so.

I am so proud of the work we do and the fun and joy we all help put out in the world. I want everyone at home to love our show and I want everyone who makes it to love working on it. Again, I’m so sorry to anyone who didn’t have that experience. If not for COVID, I’d have done this in person, and I can’t wait to be back on our stage and see you all then.

Warner Bros. also released a statement which read, “Though not all of the allegations were corroborated, we are disappointed that the primary findings of the investigation indicated some deficiencies related to the show’s day-to-day management. We have identified several staffing changes, along with appropriate measures to address the issues that have been raised, and are taking the first steps to implement them. Warner Bros. and Ellen DeGeneres are all committed to ensuring a workplace based on respect and inclusion. We are confident this course of action will lead us to the right way forward for the show.”