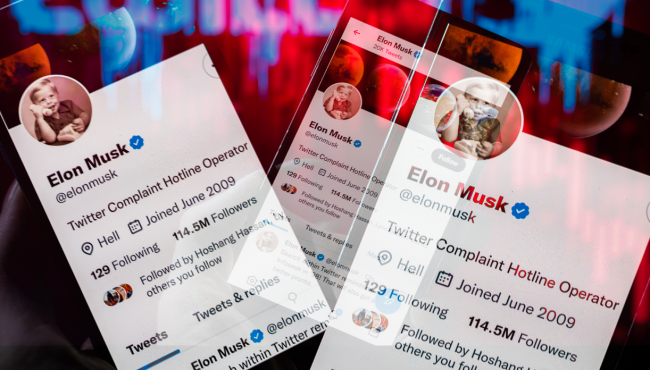 Apparently, that statement should have come with an asterisk and a disclaimer.

On Sunday, tweeting from his own personal Twitter account, Musk changed his tune, writing, “Going forward, any Twitter handles engaging in impersonation without clearly specifying ‘parody’ will be permanently suspended.”

Going forward, any Twitter handles engaging in impersonation without clearly specifying “parody” will be permanently suspended

While this policy itself is now exactly new, what is new is that Musk also announced that anyone violating this rule will no longer receive any sort of warning before being suspended.

Previously, we issued a warning before suspension, but now that we are rolling out widespread verification, there will be no warning.

This will be clearly identified as a condition for signing up to Twitter Blue.

What makes Musk’s announcement even more unusual (aside from the fact he is announcing Twitter policy changes on his personal account and not a company account) is that Twitter’s “Misleading and deceptive identities policy” still clearly states that warnings can be issued.

If we believe you may be in violation of this policy, we may require you to provide government issued identification (such as a driver’s license or passport) in order to reinstate your account.

If you are engaged in impersonation or are using a misleading or deceptive fake identity, we may permanently suspend your account.

Based on several reports, it doesn’t appear that this new policy was made with any input from a content moderation panel, just Musk himself.

The most commonly reported Twitter “parody” accounts being banned are those who have been making fun of the new owner of Twitter, Elon Musk.

Twitter appears to be suspending accounts that parody the new CEO.

Musk then joked in a tweet, “Actually, she was suspended for impersonating a comedian.”

He later tweeted, “But if she really wants her account back, she can have it … For $8.”

For those keeping score on these things, sci-fi author/former pro football player Chris Kluwe is currently "temporarily suspended" because an idiot fascist has no sense of humor or ability to wield power responsibly. pic.twitter.com/afShQhggdl

“So basically all of the new rules made for Twitter are going to be rules based on whatever pissed you off regarding your own account that week. Sounds impulsive and completely on brand. Bravo,” one Twitter user, among many, complained.