Emilia Clarke, Like The Rest Of Us, Was ‘Annoyed’ By The ‘Game Of Thrones’ Finale 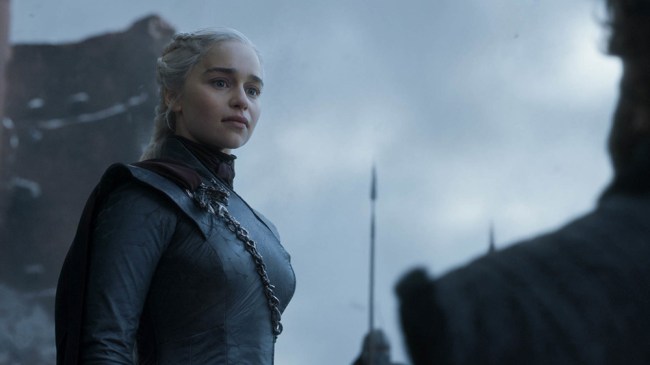 If there’s one thing the coronavirus has done, it’s finally given us all something to agree on: man, this shit blows. Which got me thinking: when was the last time society came to a uniform conclusion?

Two big examples in the last year come to mind. There was the Astros scandal — everyone except for lunatic fans of the team agrees that they’re scumbag fucking cheaters. And then there was the final season of Game of Thrones, which everyone with two working eyeballs agreed was utter horseshit.

The low opinion of Game of Thrones‘ final six episodes was so widespread that even its stars, like Emilia Clarke, were frustrated with the way it went down.

“Yeah, I felt for her. I really felt for her. And yeah, was I annoyed that Jon Snow didn’t have to deal with something? He got away with murder — literally,” Clarke told The Sunday Times.

Clarke, who wishes the final season had been “spun [out] out for a little longer,” also discussed her complicated feelings when Game of Thrones wrapped up:

“When the show did end, it was like coming out of a bunker. Everything felt really strange. Then obviously for it to have the backlash it did… I knew how I felt when I first read it, and I tried, at every turn, not to consider too much what other people might say, but I did always consider what the fans might think… They were the ones who made us successful, so it’s just polite, isn’t it?” [via Uproxx]

Hey, Emilia… welcome to the club! Population: literally every other breathing soul on this planet.