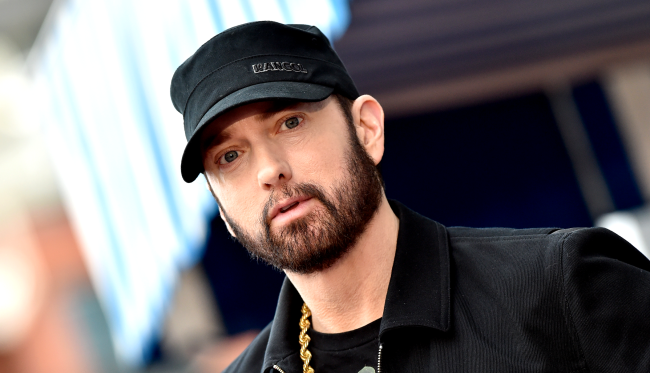 The last time we checked in on Eminem’s daughter Hailie Jade Scott (also sometimes known as Hailie Jade Mathers) she was 21 and attending college at Michigan State.

Now, she’s 25-years-old and has developed quite a social media following for herself with over 2.2 million fans on Instagram and 115.7 thousand followers on TikTok.

It’s the latter, Hailie Jade’s TikTok account, that has her back in the news as she recently posted a video showing a before-and-after makeup transformation set to the sound of rapper Baby Keem and his song “Vent.”

While the video itself is not terribly remarkable, what Hailie’s followers are stunned by is how closely she resembles her father, Eminem, at the beginning of the clip.

“Holy hell she looked just like her dad in the beginning,” one viewer wrote.

“Her in the beginning, it’s like seeing his twin,” another wrote.

Also, a surprising amount of people only just now realized, after watching her TikTok video, that she is, indeed, Eminem’s daughter.

“ARE YOU THE DAUGHTER OF THE RAP GOAT?” someone asked.

“I was like why the blue check? But you’re THE Hailey!” one person commented.

“I’m here for the Eminem comments,” another fan wrote.