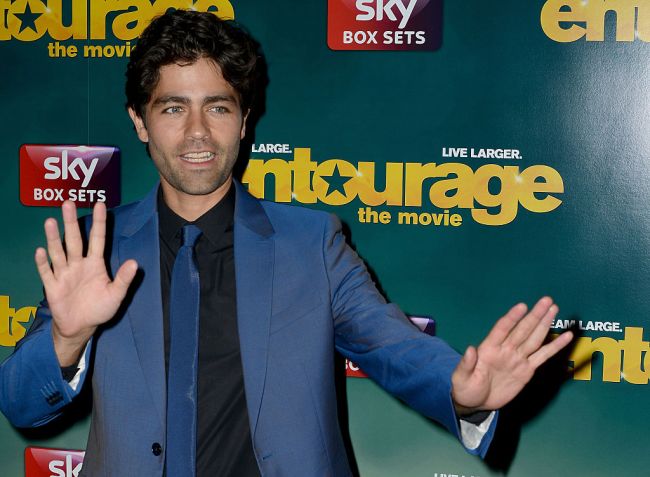 Many people have asked, “What happened to Adrian Grenier?” Well, Entourage actor Adrian Grenier is here to let you know that he is living his best life after trading in Hollywood for a farm in Texas.

In the early 2000s, Adrian Grenier made himself a bonafide Hollywood star after breaking out in the 2006 movie The Devil Wears Prada. That opened the door for Grenier to land the role of his life time as Vinnie Chase in the HBO hit TV show Entourage. Grenier is still acting these days, but he has scaled back big time so that he can focus on more important things such as nature.

The 44-year-old Grenier now calls a farm located about 45 minutes outside of Austin his home.

“I bought a place in Austin five years ago and a year ago I decided to move here permanently,” Grenier recently told Austin Life Magazine. “I had friends here, I ran a business here, and liked the pace. Austin is cosmopolitan without being snooty; it’s earthy. People are smart and successful but they don’t flaunt it. There is nothing to prove, people accept you and it felt good right away.”

As to why Grenier left the glitter and glam of Hollywood for a farm in Texas, he said it was “lackluster at the top.”

“I have been doing environmental work for the last 20 years, I’ve started organizations and run non-profits, all designed to tell people to live more in line with nature – and yet, I wasn’t living that way,” he told the publication for its June issue. “In many ways, I reached the apex of that promise – if you work hard, you become famous, then you make a lot of money… but it was lackluster at the top.”

Grenier admits that it was an amazing ride as a Hollywood star, but it was time for a change.

“It was a f*cking load of fun, and amazing while it lasted,” Grenier said of his time as an A-list Hollywood star. “I’m not disparaging that stage of my development when I could go deep into my total abject debauchery. But look at nature! Nature will tell you things eventually have to come down to earth, and I found myself in a stage of my life where I had to change.”

Now, he feels like he is “totally at peace” with himself.

“I had to deal with the personal things I’d been avoiding,” the actor added. “I started to shed some of the things I’d accumulated, I Marie Kondo’d my life and embraced letting go.”

He also said his relationship with Jordan Roemmele made him want something deeper.

“I’m in love, and if you are too, I want to build something together,” he told her.

“I’ve done too much work not to recognize that I’m here for something bigger than going to nightclubs,” the Entourage star said. “I want more now. I want different now. I’ll leave those experiences for the youngsters.”

“My mother lives in Long Island, but she raised me like this, she was just waiting for my to finally come to terms with it,” Grenier stated.

Adrian Grenier says he has already “planted a fruit forest” and hopes to get his “pond back into balance so we can fish from it.” The actor also plans to “create a wildlife sanctuary” and have “llamas or alpacas, maybe some goats – not for a livestock operation but to keep the grass down,” according to People.

“Listen, if you go on Instagram long enough, you’re going to find some FOMO somewhere, but everyone is just pretending they’re living their best life,” he continued. “Ultimately, I know that I am, so I don’t even tell anybody about it.”