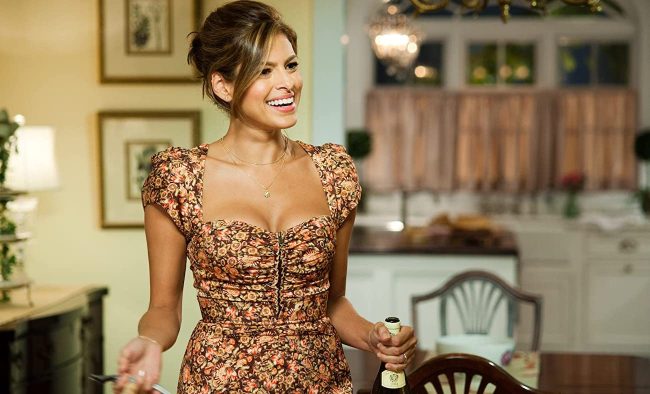 It’s been eight years since Eva Mendes — a major teenage crush of mine and likely you, too — starred in a film, having last appeared in 2014’s Lost River. Prior to that, her last notable roles were in The Place Beyond the Pines and The Other Guys.

Mendes, who has spent the years since her last big-screen role raising the two daughters she had with fellow Place Beyond the Pines co-star Ryan Gosling, recently said during an appearance on The View that she’s eyeing a return to acting, although it comes with a catch: she won’t take on any roles that have “sexuality” or “violence” in them.

“I have such a shortlist of what I will do, with [my] kids,” Mendes said. “I mean, if it was a fun project. But now I won’t do violence, I don’t want to do sexuality, the list is short.” [via Entertainment Weekly]

While I completely respect Mendes’ stance — it’s her career, she can do whatever the hell she wants with it — the fact is that sexuality and violence make up about, I don’t know, half of American popular culture? It also depends on what she counts as violence. Marvel Cinematic Universe films, for example, while “violent”, are also inherently made to be kosher for children.

Other than that, Mendes’ options are likely limited. Perhaps she can dominate the family movie market and voice a character in Pixar’s next movie. They’re already designing the Moms in those movies to look like Eva Mendes, anyway.