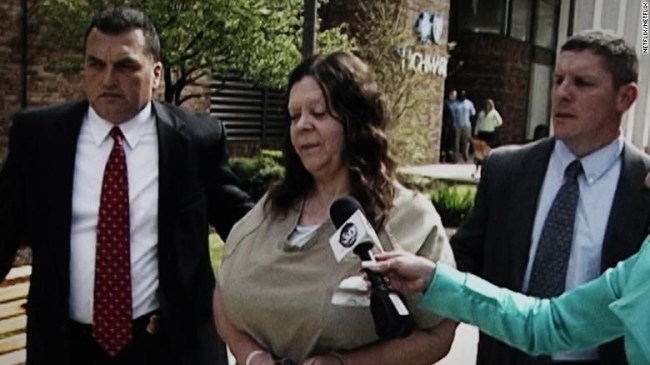 The true crime genre is so hot right now between Serial, Making a Murderer, American Crime Story, and The Jinx just to name a few. The newest addition to the true crime genre is Evil Genius, a new Netflix docuseries that delves into one of the most bizarre cases that the FBI has ever dealt with.

Evil Genius: The True Story of America’s Most Diabolical Bank Heist is a twisted and grisly four-part documentary series examines the true story about the “pizza bomber” case. On August 28, 2003, Brian Wells walked into a bank in Erie, Pennsylvania, with a bomb locked around his neck with an explosive collar and a homemade shotgun that was designed to look like a cane. Wells, a local man who had been delivering pizzas for 30 years, demanded $250,000 from the bank. The 46-year-old pizza delivery guy walked away from the bank with $8,702.

Police apprehended Wells in a parking lot of a strip mall down the road from the bank. Wells informed police that he was wearing an explosive collar and it had a timer. The insane situation then turned deadly.

The FBI then focused their investigation into Marjorie Diehl-Armstrong, who is believed to have been the evil genius who orchestrated this maniacal bank robbery. To this day there are various conspiracy theories as to who and how is behind the pizza bomber case.

Evil Genius is produced by the Duplass Brothers, who created Togetherness and Room 104. Evil Genius is available on Netflix for all of your binge-watching pleasure.