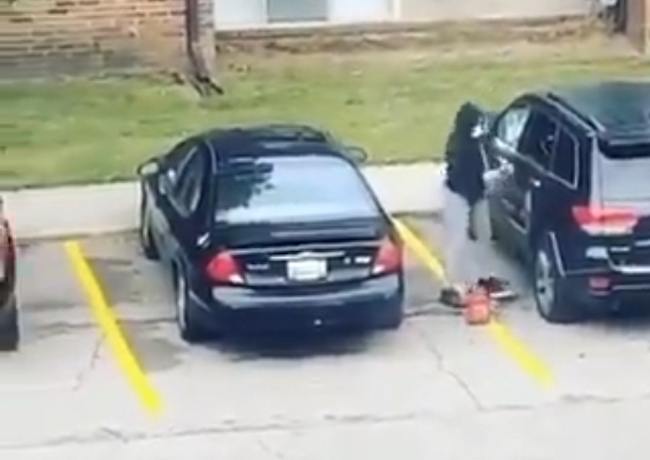 Everyone has a crazy ex-boyfriend or girlfriend.

I’m not talking about the person you broke up with because you didn’t see eye-to-eye on the important things in life so you dubbed them “crazy” for having different opinions. I’m referring to the exes who needed to be blocked on social and avoided at all costs because they’re next-level insane.

This woman fits into that category. Now, I’m not sure exactly what her ex-boyfriend did to deserve getting his car torched, but just the fact that the idea “I should blow up his car” came to mind means she’s probably a couple of fries short of a Happy Meal.

Not to mention she’s going to try and blow the car up:

Watch and marvel at how many things go wrong with this terrible plan.

How many times did you watch that explosion knock her back into the other car? I think I watched it about ten times before even writing this story.

That day she learned that it's not the liquid that ignites, but the fumes.

Be on the look out for alleged suspect. 👇 pic.twitter.com/rVP4o1cI2m

Omgaahhh the way she spider monkey crawled her ass away from nearly blowing herself up took me out. 💀🤣🤣😂 Men: “I like crazy. At least I’ll never get bored.” Me: “So body bags don’t scare you?!” 🤔🤨

Well at least she won't have to pluck her eyebrows for a while. pic.twitter.com/LDFNKugaPG

I’ll bet when the cops went to question her about the suspicious fire, the guilt was burned onto her face.