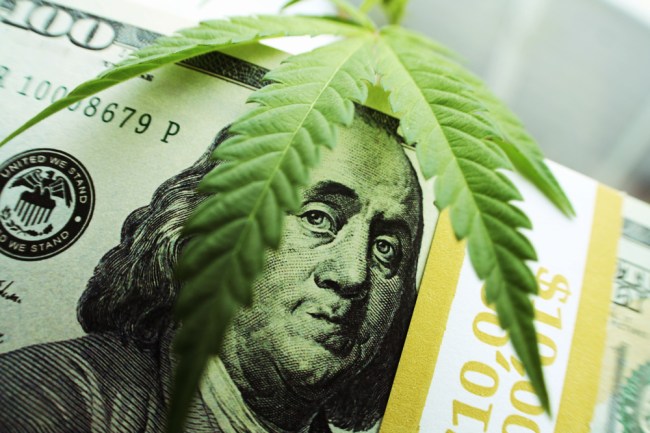 Although President Donald Trump and his legion of idiots, imbeciles and other deer in the headlights type figures were once considered the worst thing to happened to cannabis reform in the past several decades, it turns out that all of the anti-pot remarks being blasted from the bell tower of the nation’s capital may have been exactly what was needed to push the issue near a major tipping point – the end of federal marijuana prohibition. The word on the street is that the United States is at a pivotal juncture that has the potential to pull the country out of this soggy pit within the next few years, allowing marijuana to be taxed and regulated in a manner similar to alcohol and tobacco.

It was earlier this month that President Trump “promised” not to allow his attorney general, Jeff Sessions, to launch a crackdown on states that have legalized marijuana. This was somewhat of a surprise to the cannabis advocacy community, especially considering that Trump and the goons at the Department of Justice recently blamed marijuana for the modern American doomsday scenario involving opioids.

But now, all of a sudden, the Trump administration has backed away from marijuana. It is not even calling pot a gateway to drug addiction anymore. In fact, just last week, Sessions halfway admitted that marijuana might be able to help pull the country out from under the scourge of the opioid crisis. He told U.S. Senator Brian Schatz “there are credible scientific studies that show where medical marijuana is legal, opioid overdose deaths have gone down.”

There have also been a number of developments in Congress that seem to indicate that more federal lawmakers are prepared to sign on to the marijuana movement. U.S. Senate majority leader Mitch McConnell is currently pushing to legalize hemp at the national level, while U.S. Senate minority leader Chuck Schumer says he will push a bill in the near future aimed at decriminalizing the doobie across the entire nation.

“I am not only announcing my support for decriminalizing marijuana at the federal level. I am also announcing that in the comings weeks, I will be introducing legislation aimed at achieving this goal,” Schumer wrote in an opinion column for Medium.

“This legislation will allow each state to ultimately decide how they will treat marijuana,” he added. “In addition to freeing up the residents of each state to make the decisions on what’s best for them, the bill will make targeted investments which are necessary to protect public health and safety and ensure that members of all communities are able to participate in the new and thriving marijuana economy.”

There are also a couple of lawmakers pressuring the Department of Justice to expand medical marijuana research. But the biggest feather in the cap of cannabis reform is on the immediate horizon, according to political analyst and Washington Times journalist Paul Waldman. He says marijuana prohibition will most likely end “three years from now.”

“That’s when we may find ourselves with a Democratic Congress and a Democratic president — both of whom would have made a promise to end the federal prohibition and leave the matter up to the states,” he wrote. “At that point, Republican opposition may have dimmed to the point where it isn’t even much of a fight.”

U.S. Representative Earl Blumenauer, one of the lawmakers behind the Rohrabacher-Blumenauer medical marijuana protections, concurs with this prediction. He said earlier this month that national marijuana reform is on the brink of some serious advancement.

“There’s no doubt in my mind that the next Congress will accelerate our progress to reform cannabis laws on the national level,” he said. “If Republican leadership would allow our legislation to be fully and fairly debated in the House and Senate, it will happen even sooner.

“Because of the work of advocates and the strong support of voters, progress is inevitable – and the 2018 election will prove it,” he added. “The winner of the next presidential election will be a candidate who embraces our cause to finish the job of ending the failed federal prohibition of marijuana.”

While it’s not likely to happen soon enough, it appears that federal marijuana prohibition is on its last leg. Now that more states are proving that taxed and regulated pot markets can not only work, but also stimulate substantial economic growth in the process, Uncle Sam is starting to take note. This could mean that marijuana is on its way to becoming a part of national commerce in 2021, Waldman said.