‘The Flash’ Star Ezra Miller Arrested At Hawaiian Karaoke Bar, Allegedly Threatened To ‘Bury’ A Couple At His Hostel 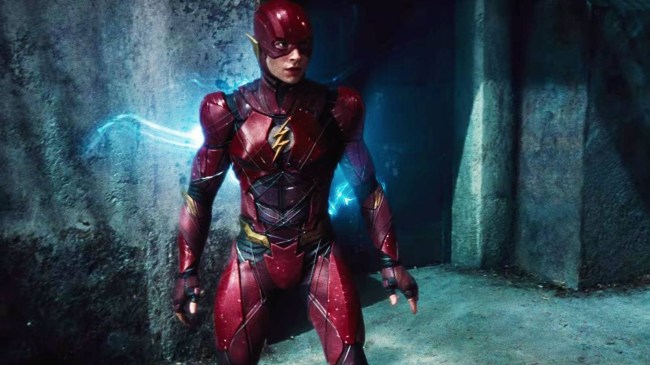 Ezra Miller, the actor who has been playing Flash/Barry Allen in recent DCEU movies such as Batman v. Superman: Dawn of Justice and Justice League, has been arrested in Hawaii for disorderly conduct and harassment.

According to reports from the Associated Press, Miller, 29, “yelled obscenities, grabbed a mic from a singing woman and lunged at a man playing darts.” The Justice League star reportedly took issue with a group at the Margarita Village establishment singing the song “Shallow” from the 2018 Bradley Cooper and Lady Gaga film A Star Is Born.

Additionally, mere hours after he was released on $500 bail for the first incident, Miller — staying “with” a couple at a hostel — allegedly “burst into the bedroom [of the couple] and threatened the alleged male victim by saying ‘I will bury you and your slut wife,'” according to The Independent, citing the complaint made against Miller.

The couple, who also alleges that Miller stole their belongings, including passports and wallets, has filed a restraining order against the actor.

Miller burst into their bedroom and threatened them, the petition said. The couple’s petition accuses Miller of stealing some of their belongings, including a passport and wallet.

Miller’s agent and lawyers didn’t immediately return messages seeking comment Tuesday. The couple let Miller stay with them at a hostel, said Terry Prekaski, owner of the hostel. [via AP]

At the time of this writing, Miller, nor his agents and lawyers, have not publically commented on the alleged incidents.

After first gaining major attention for the 2011 film We Need to Talk About Kevin, Miller has starred in projects such as The Perks of Being a Wall Flower, The Stanford Prison Experiment, Trainwreck, and in addition to Warner Bros’ DCEU and Wizarding World franchises.

Miller will next be seen in the Harry Potter prequel Fantastic Beasts: The Secrets of Dumbledore, which hits theaters on April 15.