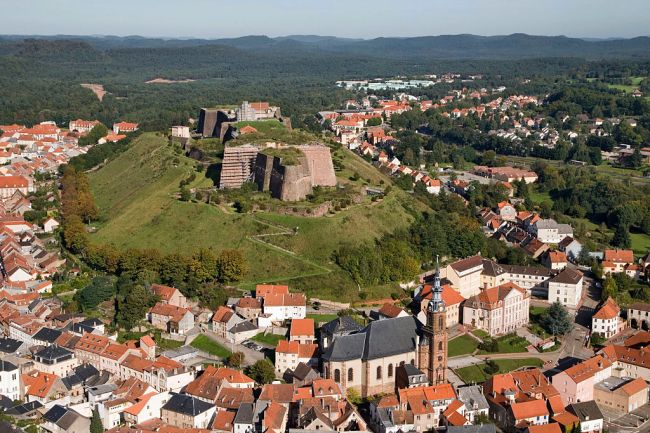 Mark Zuckerberg shut down the Bitche Facebook page. Relax. Your mom’s Facebook page is still intact. We’re talking about the Facebook page for a small French town named “Bitche.” In what was likely a decision handed down by Facebook’s AI programs, the social network disabled the page for the village with a population of 5,000 in eastern France that happened to have the same name as your ex.

“Bitche — the e is silent — is a fortress town famed mostly for the siege of Bitche, which lasted 230 days during the Franco-Prussian War in 1870 and 1871,” according to Politico.

Fun fact: the people of Bitche are called “Bitchois.”

Situated not far from the German border, is a flowery Bitche Moselle town itself is crowned with four flowers at the Grand National Prize of flowering, and is responsible for an impressive past. Surrounded by its imposing citadel, built by Vauban himself, the city is part of the Regional Natural Park of Northern Vosges.

In recent years, the city was ranked Green Station holidays and Most Beautiful Detour France. It has indeed stunning views of Hill Kindelberg and surrounding nature, as well as historical and cultural heritage of the most impressive.

Its environment, but also its delicate cuisine based on fresh water fish, game and other wild mushrooms, and attract many visitors eager to discover this green and airy area.

Sounds lovely. Who wouldn’t want to be in this Bitche?

Unfortunately for Bitche, Facebook found the town’s name offensive and removed the page from the social media platform. The town’s official page was removed from Facebook on March 19, without any warning or reason given.

When Facebook removed the town’s official page, city officials…bitched about being deplatformed.

“I tried to reach out to Facebook in every possible way, through different forms, but there’s nothing [I could] do,” said the town’s communication official Valérie Degouy. “I tried to send a private message on the Facebook France page, I left about 10 messages every day. I was finally contacted and told that they were not in charge, that if I appealed, I would have to wait for a response from Facebook.”

The Facebook page of Bitche, located in northeastern Moselle, was deleted. Bitche slapped back by creating ​a new page. Instead of the word “Bitche,” the town renamed its page after its postal code: Mairie 57230.

Bitche mayor Benoît Kieffer proclaimed, “The name of our town seems to suffer from a bad interpretation … the most astonishing thing is that Facebook took so long to correct this. The president/director general of Facebook France has just contacted me personally to tell me the Ville de Bitche page is published again and to apologise for the inconvenience caused.”

“Another town in the region, Rohrbach-lès-Bitche, took preventive measures and renamed its page Ville de Rohrbach on Monday,” Politico reported. “Facebook seems to be hunting a term associated with Rohrbach … we’ll let you imagine the reason,” the town said in a post announcing the move.

There are other French villages that are in danger of being deplatformed for their rather rude-sounding names, such as the town of Pis and the stinky community of Craponne.

But it isn’t only vulgar-sounding French towns that need to be put on notice. England has a multitude of oddly-named towns such as the village of Prickwillow, the town of Dickleburgh, Farthinghoe in the U.K., the harbor village of Cockwood, and who wouldn’t want to take a ride to Penistone?

There is also the Slovenian town of Fučkovci, Slutsk in Belarus, and we finish with Tillicum Beach in Alberta, Canada.