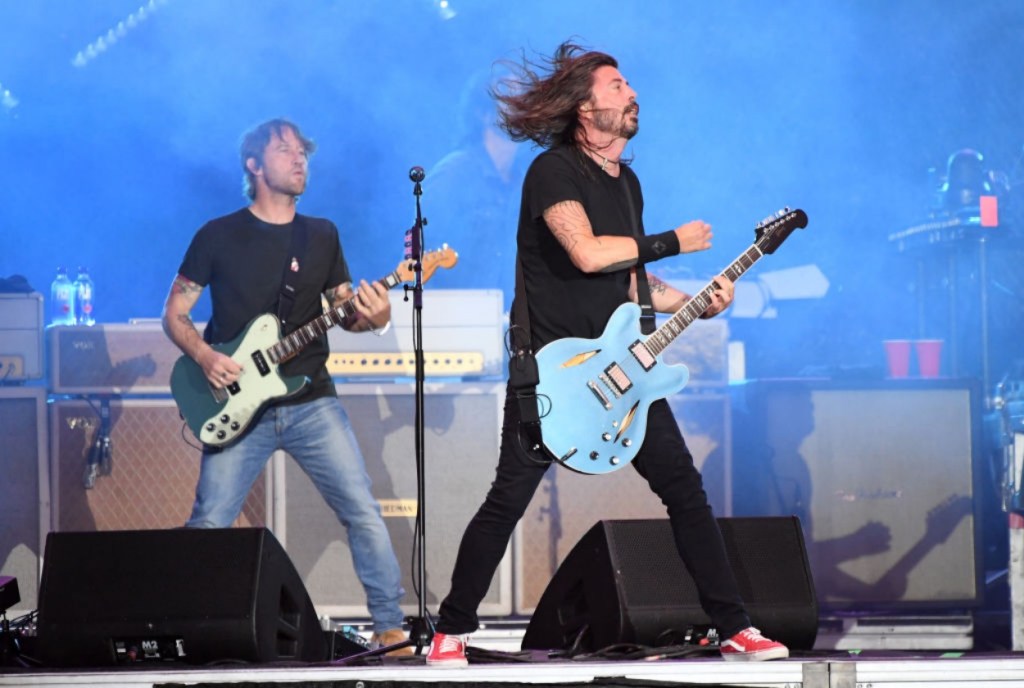 The Foo Fighters are in the middle of a global tour right now. They’ll be performing in Alaska next week. After that, they head to Bonnaroo, Napa, some other festivals, and then off to Mexico and Europe.

While the band was performing in Bonner Springs, Kansas last week, Dave Grohl took a moment away from the guitar to pull a fan out of the crowd. He brought a girl up to come and play one of the band’s hits, ‘Monkey Wrench’, and she proceeded to absolutely shred the song.

Dave Grohl’s done this in the past, invite fans up to play a song, but this is the first time in over two years that it’s happened. He asks the girl name Lauren if she’s nervous, she brushes that off, and then the band nails ‘Monkey Wrench’ as if they’d all been practicing together for months.

It’s a cool moment for all Rock fans to witness, seeing a fan get to play with their idols.

While it’s awesome to see a fan pulled on stage and shred the guitar like that, just once I’d like to see someone pulled up there at random who has no idea how to play an instrument.

I want to see everyone sort of panic on stage when they realize the person has never held an instrument in their life and it’s like ‘sorry, you gotta go back in the crowd, this was awkward.’

If you were hoping to see The Foo Fighters live before they head to Europe you’ll need to hit up their website and check those tour dates because the window is closing to see them in the U.S.