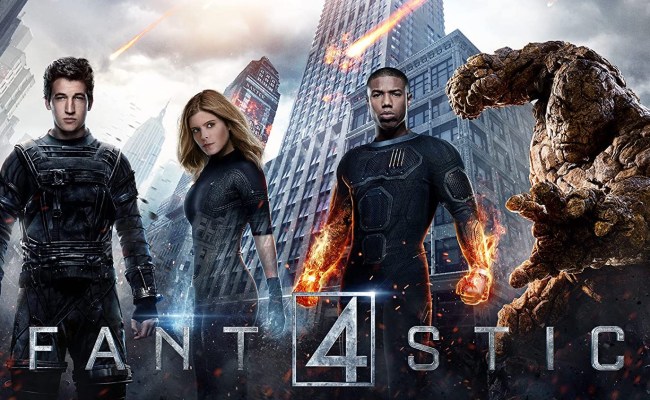 Even as a massic comic book fan, I’ve never seen the 2015 abomination that was Fantastic Four — the reviews were just that bad.

Sure, I’ve seen Suicide Squad and I’ve sat through Justice League, but the reaction to Fantastic Four was just so visceral that any interest I had in seeing the film was dead on arrival. The director, Josh Trank, has certainly not helped his case in recent years, as his follow-up film — the Tom Hardy-starring Capone, which dropped just a few weeks ago — is also, frankly, awful.

To his credit, though, while Trank may not have crafted a blockbuster classic, he did, at least, try to make something new, something different. In fact, as the director recently said, the film would have been even more different if the studio would’ve let him: Trank claims he wanted to cast a black Sue Storm, but the studio, 20th Century Fox, reportedly shot the idea down.

“There were a lot of controversial conversations that were had behind the scenes on that. I was mostly interested in a black Sue Storm, a black Johnny Storm, and a black Franklin Storm,” Trank said. “But also, when you’re dealing with a studio on a massive movie like that, everybody wants to keep an open mind to, like, who the big stars are going to be. ‘Maybe it’ll be Margot Robbie,’ or something like that. But when it came down to it, I found a lot of pretty heavy pushback on casting a Black woman in that role.”

“When I look back on that, I should have just walked when that realization sort of hit me, and I feel embarrassed about that, that I didn’t just out of principle. Because those aren’t the values I stand for in my own life; those weren’t the values then or ever for me. Because I’m somebody who always talks about standing up for what I believe in, even if it means burning my career out. I feel bad that I didn’t take it to the mat with that issue. I feel like I failed in that regard.” [via Geeks of Color]

While the studio ultimately cast Michael B. Jordan in the role of Johnny Storm and Reg E. Cathey as Dr. Franklin Storm, Sue Storm — who was adopted in the film’s plot — was played by Kate Mara, which highlights just how far out of the way they went to make sure Sue was played by a white woman.

Frankly and sadly, though, it should come as no surprise that 20th Century FOX had issues with diversifying the film’s cast.