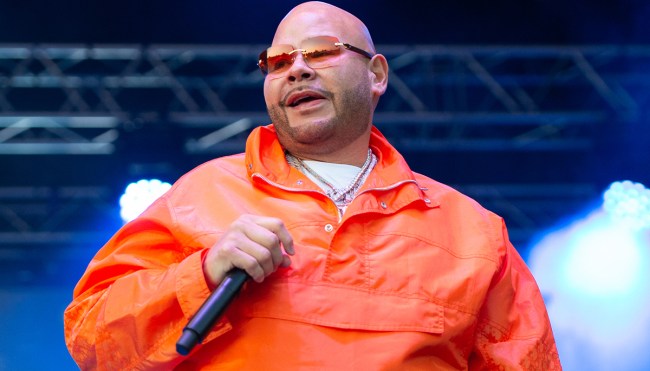 One of the coolest things about roaming the streets of New York City is you never know who you might randomly encounter over the course of your travels; while living in The Big Apple, I’ve unexpectedly crossed paths with minor celebrities like Danny Tamberelli and Haley Joel Osment as well as slightly more notable names like Peter Dinklage and Amare Stoudemire.

The concrete jungle where dreams are made is also filled to the brim with people hoping to ascend to celebrity status and constantly hustling in the hopes of realizing that goal. That’s especially true of the many musicians who post up in parks and subway stations to try to catch people’s attention (and hopefully make some cash in the process).

Earlier this week, a rapper by the name of Kosha Dillz set up shop outside Madison Square Garden in the middle of a raging thunderstorm to try to solicit some tips by freestyling for the spectators who’d just watched the Knicks walk away with a victory against the 76ers on their home turf on Tuesday night.

Among that flock of fans was none other than New York City hip-hop icon Fat Joe, who approach the rapper before grabbing the mic and spitting a few bars from the verse he laid down on “The Enemy” alongside fellow legend Big L.

So @fatjoe just walked past me, heard me rhyme . gave me $20 , and grabbed the mic in a Nor’easter rainstorm after @nyknicks crushed 76ers. 🗽🏀🗽🏀

According to the caption on the video of this serendipitous moment, Fat Joe also threw Kosha Dillz $20 before leaving the scene, but it’s safe to say this particular encounter is about as priceless as they come.