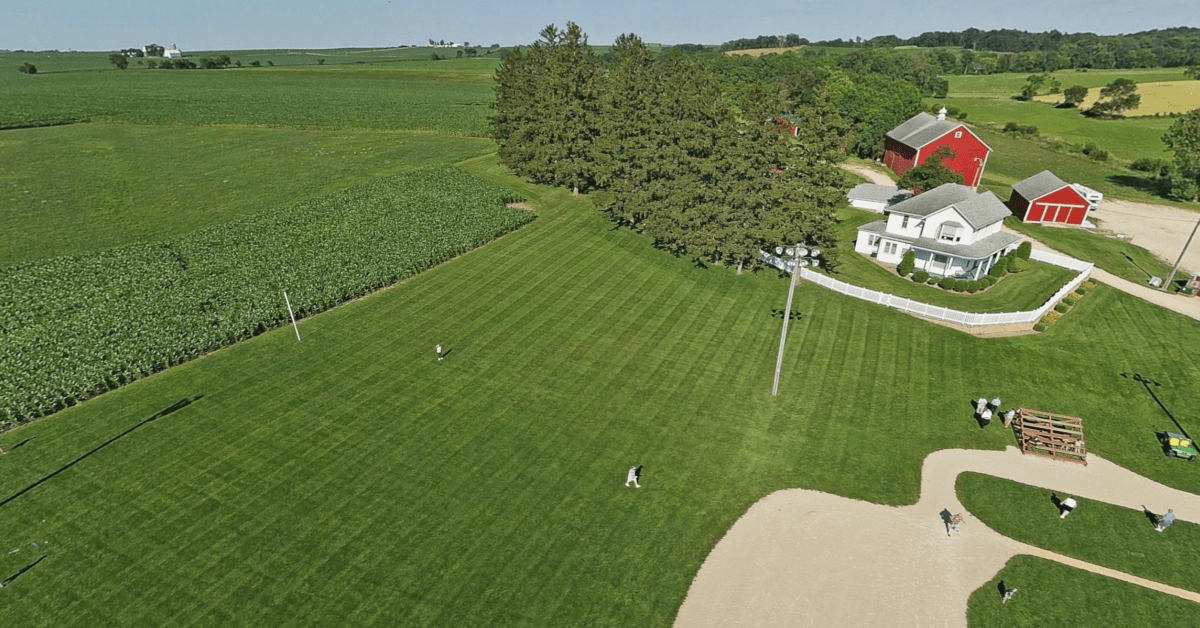 Alas, my faith is lost. The Field Of Dreams baseball field in Dyersville, Iowa has been vandalized by some truck-driving hooligan(s). Some assholes thought it’d be a great idea to do donuts in Ray Kinsella’s beloved baseball field.

Here’s a look at the damage: 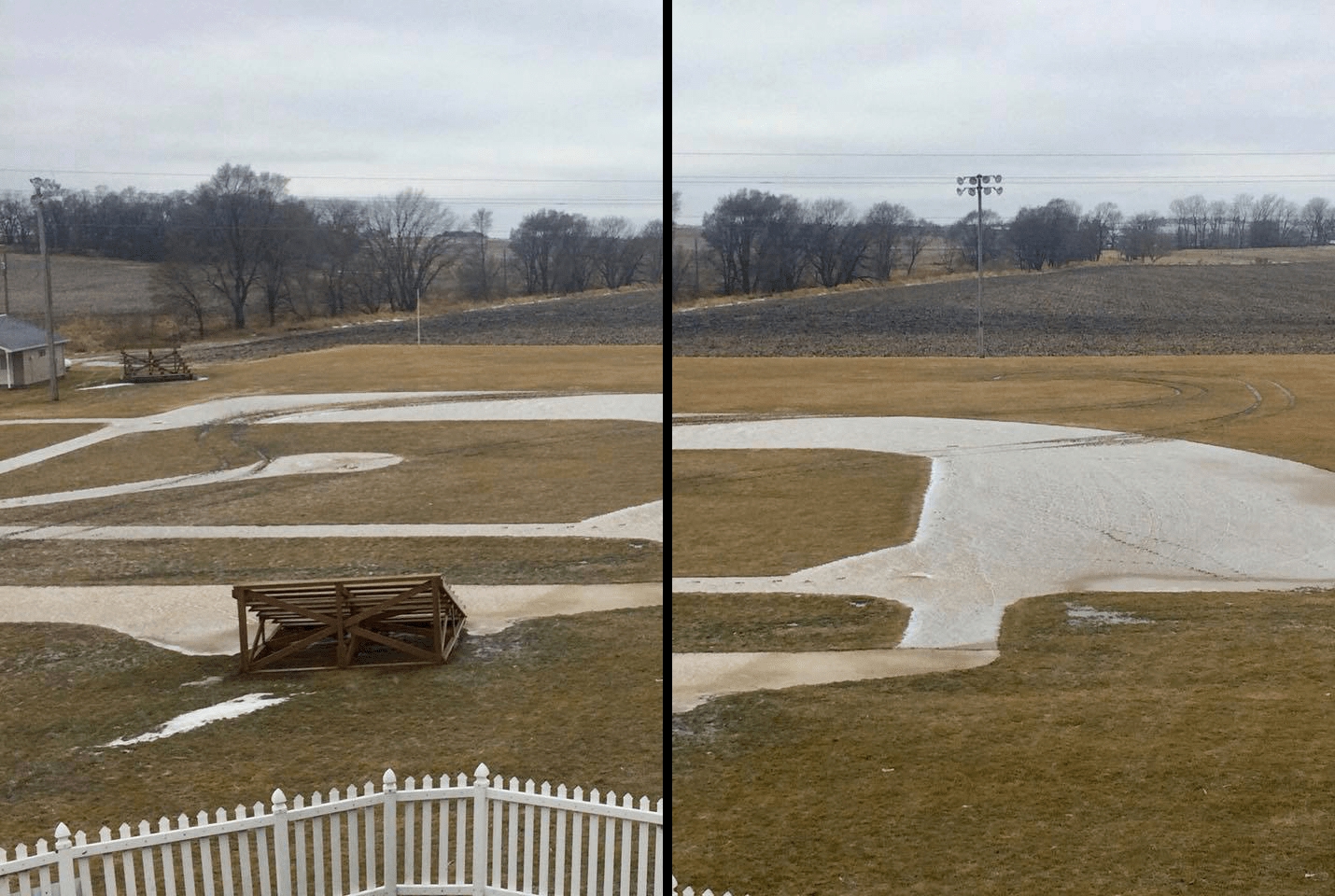 You’ve got to be a real piece of shit to think “let’s go fuck up the baseball field from Field Of Dreams” is a good idea. Even if you are going to do it, you have to at least drive the bases and round home plate – this dumbass just clips the mound and cuts through the outfield.

While the damage doesn’t look very substantial, the owners’ of the property have reported the truck’s driving left necessary improvements to both turf areas and the irrigation system. With thousands of dollars in repairs necessary for the upcoming spring/summer, the owners’ have started a GoFundMe campaign to raise money. The funds from the GoFundMe campaign will take care of the necessary repairs and the installation of a security system to prevent future vandalism.

If you’re interested in contributing to the cause, check out the GoFundMe: HERE.

Also, this seems like a great time to remind everyone that James Earl Jones’ (Terence Mann) People Will Come monologue is one of the all-time greatest…

Ray… people will come, Ray. They’ll come to Iowa for reasons they can’t even fathom. They’ll turn up your driveway not knowing for sure why they’re doing it. They’ll arrive at your door as innocent as children, longing for the past.

They’ll pass over the money without even thinking about it: for it is money they have and peace they lack. And they’ll walk out to the bleachers; sit in shirtsleeves on a perfect afternoon. They’ll find they have reserved seats somewhere along one of the baselines, where they sat when they were children and cheered their heroes. And they’ll watch the game and it’ll be as if they dipped themselves in magic waters. The memories will be so thick they’ll have to brush them away from their faces.

The one constant through all the years, Ray, has been baseball. America has rolled by like an army of steamrollers. It has been erased like a blackboard, rebuilt and erased again. But baseball has marked the time. This field, this game: it’s a part of our past, Ray. It reminds us of all that once was good and it could be again.

People will most definitely come.