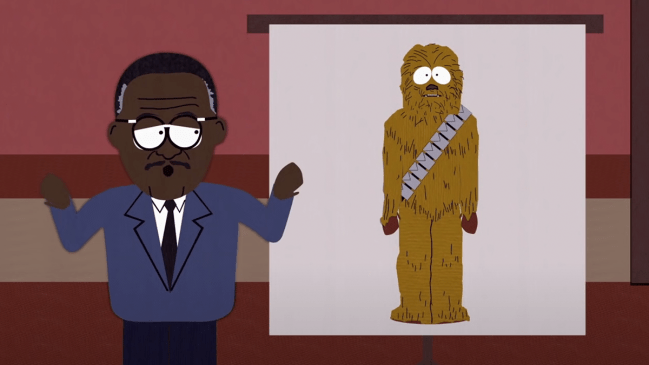 When Conan O’Brien brought the latest chapter of his television career to an end in 2021, he tried to sum up the essence of the brand of comedy that allowed him to become a late-night staple for decades by describing it as a “strange, phantom intersection between smart and stupid.”

The comedian is far from the only person who’s embraced that particular philosophy, and it’s safe to assume Trey Parker and Matt Stone would agree that ethos has helped South Park remain on the air for 25 years.

South Park was crude in virtually every sense of the word when the first episode debuted on Comedy Central all the way back in 1997, as the show harnessed an incredibly low-budget (and wildly time-consuming) animation style to whip together episodes filled with the crass language and knowingly lowbrow humor that generated plenty of controversy at the time.

However, those episodes also featured some pretty smart, insightful, and—most importantly—hilarious jokes steeped in the absurdism that defined the cartoon universe that gave the duo an incredible amount of freedom to dream up the many preposterous scenarios responsible for some of its most memorable moments.

That includes the episode from the second season featuring a trial where an animated version of Johnnie Cochran successfully deploys the nonsensical “Chewbacca defense,” which has become synonymous with slick-talking lawyers who rely on tactics designed to confuse the jury and distract them from the fundamental facts of the case in the hopes of winning a trial.

According to Forbes, a lawyer in Florida was accused of doing exactly that by a federal prosecutor who may be the first person to actually allude to the Chewbacca defense in court courtesy of what unfolded during a trial in Jacksonville, Florida.

The case in question involved an accountant who was charged with multiple counts of tax fraud. During the closing arguments, his legal team focused on the IRS agents who corrected certain financial calculations following an initial assessment and attempted to argue those errors were enough to nullify all of the evidence supplied by the agency that was ultimately used against their client.

That approach didn’t sit well with Assistant U.S. Attorney Arnold Corsmeier, who alluded to the Chewbacca defense by saying:

“I think it’s a South Park episode. And there’s a character on there who is—plays kind of a shyster attorney.

And there’s a scene where he’s giving his closing, and he puts up a picture of a Wookie from Star Wars. And he said: That’s a Wookie. What does that have to do with this case? Nothing.

The jury ultimately ruled against a defendant, who was sentenced to 35 months in prison and ordered to pay $77,000 in restitution.

His attorneys attempted to get the outcome overturned by arguing Corsmeier’s response—specifically the “shyster attorney” bit—had improperly influenced the jury (it’s worth noting the judge instructed them to disregard the entire analogy prior to the start of deliberation).

However, an appeals court disagreed that was the case in a unanimous ruling issued earlier this month. While they acknowledged Corsmeier may have gone a bit too far, the panel noted it was a “single, isolated remark in an eight-day trial” and one that failed to undermine the legitimacy of the other arguments and evidence presented.