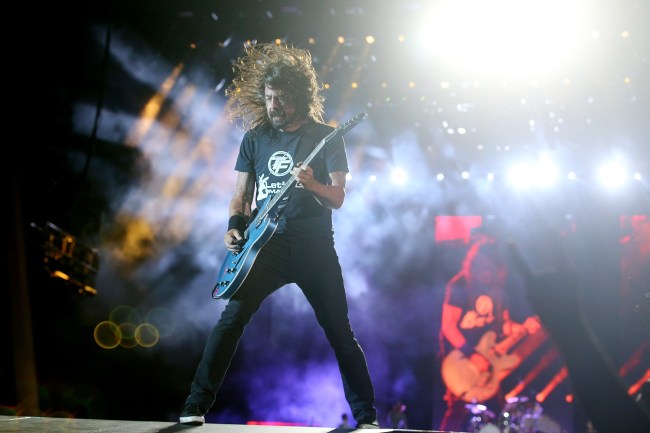 It’s been a hot minute since I’ve seen the Foo Fighters or been out to Jones Beach for a concert. The last time I caught the Foo Fighters was when the Super Bowl was in NYC back in 2014 and the last show I saw at Jones Beach was Phish (in an absolute monsoon of a rainstorm). If you’ve never been, Jones is a special venue that’s located within a State Park and the amphiteather sits on the water so fans have a gorgeous view of the stage and scenic Long Island waterways in the background.

Jones Beach is located is just a quick train ride away from NYC and it’s easy to get to if you’re wealthy and spending the Summer in The Hamptons, and this brings in a unique set of fans for each concert. You’ve got normal concert-goers rubbing elbows with the elite. Case in point. John Travolta coming out on stage last weekend with the Foo Fighters for a Grease cover of ‘You’re The One That I Want’ and later, drummer Chad Smith of the Red Hot Chili Peppers joining the band for a cover of ‘Stay With Me’ by Faces.

John Travolta rolled out on stage and kind of danced there for a bit before busting out his Grease moves for the crowd:

And here’s RHCP drummer Chad Smith, aka Will Ferrell, hopping on the drums to perform ‘Stay With Me’

This is just a friendly reminder that you should go see live music this Summer. You never know what you’re going to see.