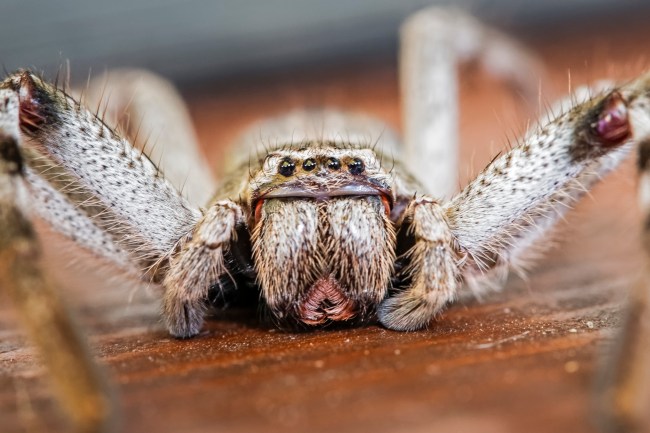 A DOJ investigation has concluded with six former eBay executives being charged in a cyberstalking scheme where they harassed someone who wrote a newsletter critical of the company.

Rule Number One on the internet is don’t read the comments. Don’t do it. It erodes your sanity. Sure, it’s always rewarding to hear positive feedback but 91.27% of the time it’s trolls with nothing better to do than troll.

I’m in no way saying the person who wrote this newsletter and was the alleged victim of an elaborate cyberstalking scheme but I am saying the eBay executives wouldn’t be facing charges right now if they didn’t read the comments and react like complete savages. eBay released a statement that these former executives were terminated after an internal investigation last year but the DOJ just brought charges where each of the former eBay employees faces up to 5 years in prison and fines of up to $250,000 each.

The allegations say two employees hatched an elaborate ‘three-part harassment campaign’ to ‘crush’ the newsletter editor and this campaign brought eBay’s global intelligence and security teams into the plan. Did I know eBay had a ‘Global Intelligence’ team until today? No, I did not.

Check out what they’re accused of doing:

According to authorities, the couple behind the newsletter were subjected to a slew of critical and harassing Twitter posts and messages, and sent a series of “anonymous and disturbing” packages to their home in Massachusetts. Along with a series of threatening messages, the couple received anonymous packages, including a preserved pig fetus and a funeral wreath.

Authorities say two eBay executives planned the cyberstalking campaign in August 2019, after the newsletter published a story critical of eBay. Two people on the eBay executive team then concocted three-part harassment campaign involving employees on the global intelligence and security teams to “crush” the newsletter editor, according to the DOJ complaint.

The charged ex-employees then sent the couple — the newsletter’s editor and publisher — “several” packages, including “a preserved fetal pig, a bloody pig Halloween mask, a funeral wreath, a book on surviving the loss of a spouse, and pornography,” authorities say. The complaint says the employees also sent an unpaid pizza delivery order of $70 to the couple’s house at 4:30 a.m. (via Business Insider)

Boxes of live cockroaches and spiders, a $70 pizza order at 4:30am, a pig fetus, and a funeral wreath delivered to critics — Six ex-eBay employees are facing federal cyberstalking charges https://t.co/jHMBNAwZpM

The complaint alleges the crew used prepaid debit cards and anonymous email addresses to pull this off and conceal the connection to eBay. The complaint also says they were going to implant a GPS tracker on the couple’s car and it got so far the cops found tools that were going to be used to break into their garage.

Absolute insanity. These grown folk apparently decided they were going to go to extreme lengths to harass some couple all because they were critical of them online. And even with six parties involved (two execs) nobody stopped to be like ‘hahahahaha, guys, this was fun to joke about but we’re not seriously sending a pig fetus because that would be serial killer behavior and we’re all adults who work for one of the most desirable employers in America.’