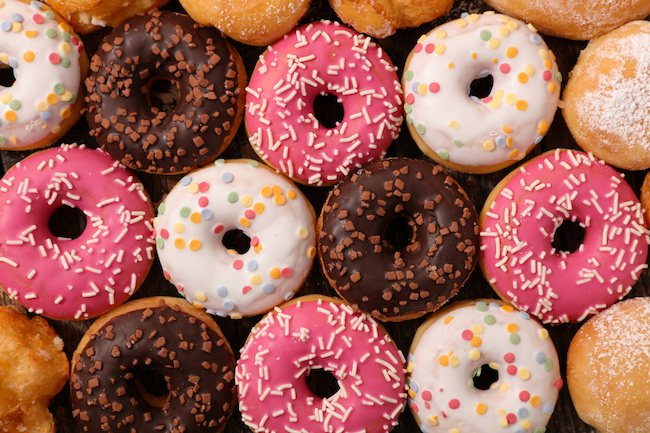 It seems like there’s a day arbitrarily devoted to essentially everything you can think of and a bunch of things you probably never would. Did you know that Wednesday was National Hole In My Bucket Day? No, you didn’t, because a normal, reasonable person would have no reason to know that May 30th is dedicated to a thing that isn’t a thing.

Thankfully, not all “Days” are created equal. In many cases, these celebrations serve as an excuse to indulge in something you might normally not or, if you’re a fan of a particular vice, allow you to double down and tell yourself drinking seven margaritas is fine because it’s their day and they deserve it, goddammit!

June 1st is National Donut Day, which means companies around the country will be taking advantage of an excuse to drum up some free publicity by giving away free food.  It’s Friday, so there’s a good chance you were already planning on doing something that’s terrible for your body later on tonight, but I can’t think of a better excuse to start early than cruising for some free baked goods.

Here’s where to go today if you want to get your free donut fix.

If you pick up a drink at Dunkin today, they’ll throw in a free donut of your choosing (good luck resisting the urge to pick up a few Munchkins as an appetizer).

You don’t have to buy anything in order to get a free donut at Krispy Kreme, so simply walk in, claim your prize, and ride off into the horizon.

I can’t speak to the quality of Walmart donuts, but I do know they are free today. I can’t think of a better time to give them a shot.

So this is actually an apple ring covered in shit to make it look like a donut as opposed to an actual donut, but at least you can tell yourself it’s healthy.