Future Believes, And I Quote, That His Baby Mama ‘Unilaterally Impregnated Herself’ 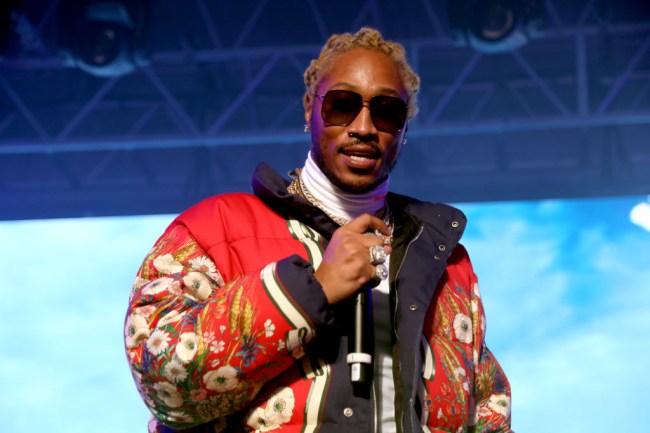 Of all the dope, high-profile professions out there, I feel like being a rapper (or a musician in general) would be at the bottom of my list. Don’t get me wrong, I’ll trade places with Future right now, but if given the choice, I’d rather be an actor or a movie star.

Being a rapper just seems like it can get out of hand quickly. One day you’re a Grammy Award winner and the next day the world remembers you’re Macklemore, ya know?

Or you can be like Future: one day you’re a single bachelor on the top of the rap game and the next one of your side pieces is claiming you owe her half of your assets because she’s pregnant with your child.

Now, while that’s a tale as old as time — a rapper knocking up a rando — what is new is the excuse Future is using to deflect responsibility: he’s claiming the woman stole his, uh, DNA and used it to, and I quote, “unilaterally impregnate herself.”

What did Future mean by the “stole my last name” claim? The lawsuit addresses the purported basis for the allegation:

How Future can actually prove that his baby mama stole his seed, I have no idea — but I respect the effort! Certainly an innovative method.