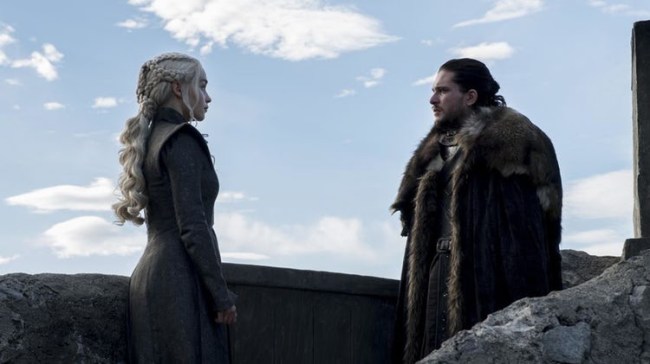 Spoilers ahead. We haven’t had a good ole incest plotline on “Game of Thrones” since waaaaaaay, waaaaaaay back to… last episode, when Cersei Lannister informed her brother Jamie that she was pregnant with his child, which would be their fourth child together. But the “incest is best, put your sister to the test” storyline is old and busted. The new hotness is the “incest is best, put your aunt to the test” storyline. We’ve been seeing the relationship between Daenerys Targaryen and Jon Snow go from icy cold like a White Walker’s titty on a frozen day in the Lands of Always Winter to a red hot inferno like when Drogon eats a Carolina Reaper pepper. And soon, very soon, we may see Jon bang his aunt.

Alan Taylor, the “Game of Thrones” director behind the “Beyond The Wall” episode, has revealed what everyone has been wondering – “Is Daenerys going to get six inches of Snow?” In an interview with The Daily Beast, Taylor had this to say about the eventual consensual incestual nonconventional sexual relationship between Dany and Jon.

There’s no secret that this is where this is going. Readers of the book have known that things were heading towards this destination for a while. Even the characters in this story know it’s heading in this direction. Tyrion is making fun of Dany about what’s brewing. So we knew it’s got to come at some point, and I was glad that I got to be there for a major step forward for them. The fact that Jon’s willing to now bend the knee to her as the next queen is a huge political step. The fact that they are starting to fall for each other is huge. It comes down to tiny moments and how they interact with each other. They’re holding hands and there’s this great look where she’s swooning and she steps back from it, but it’s clear that that’s our destination at this point.

What says you Jamie Lannister? 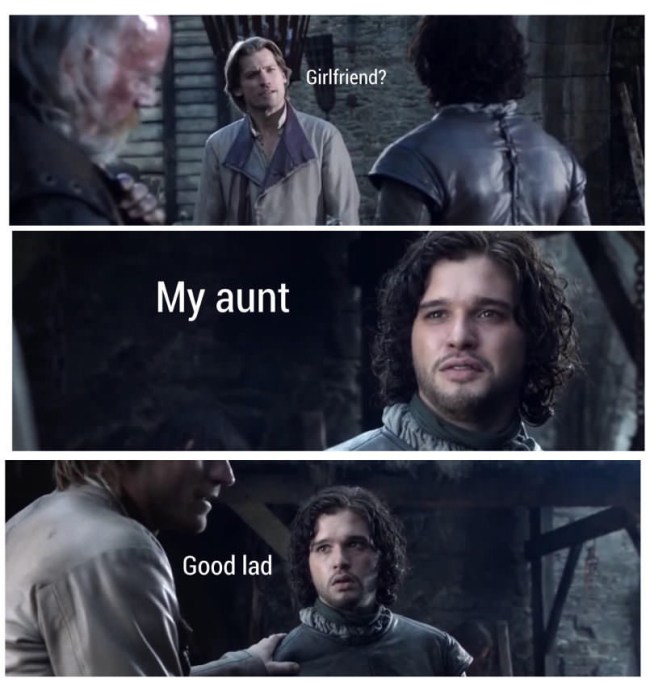 That’s kinda what I figured. Jamie, any advice for young Jon Snow in his blossoming love affair with his aunt? 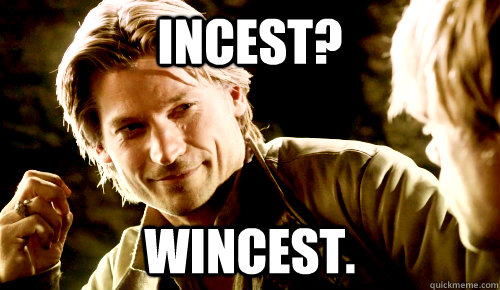 Let’s see how the budding romance could come to fruition. 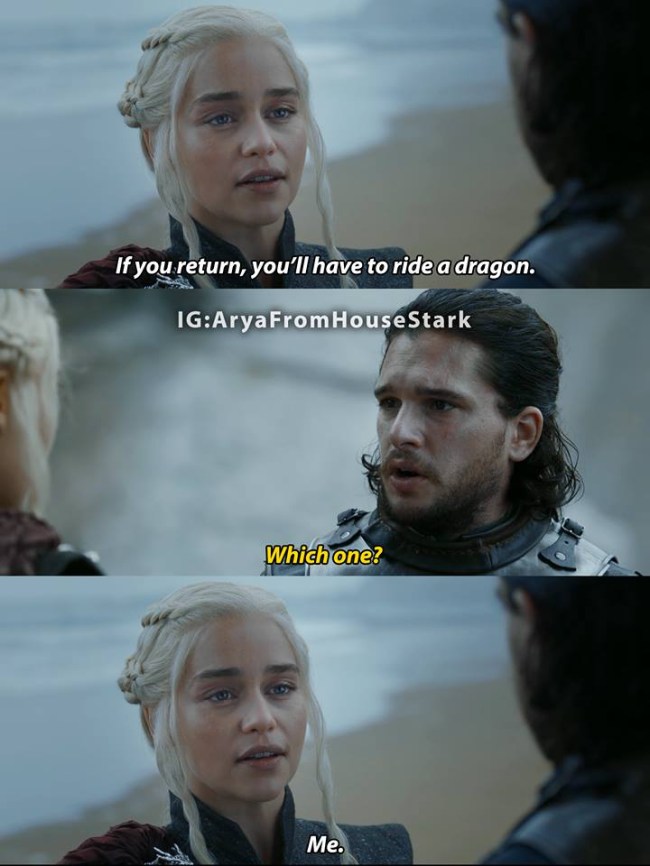 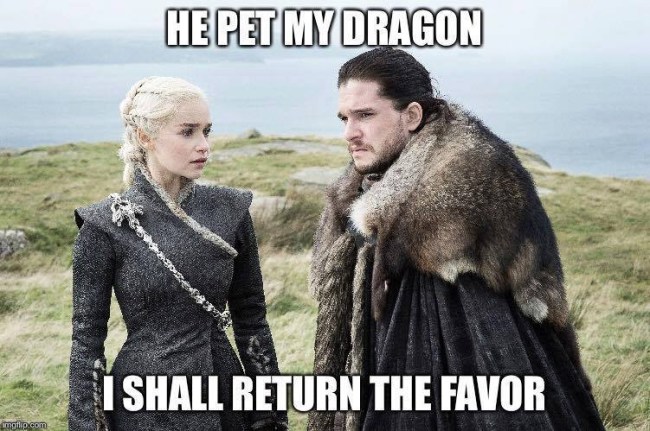