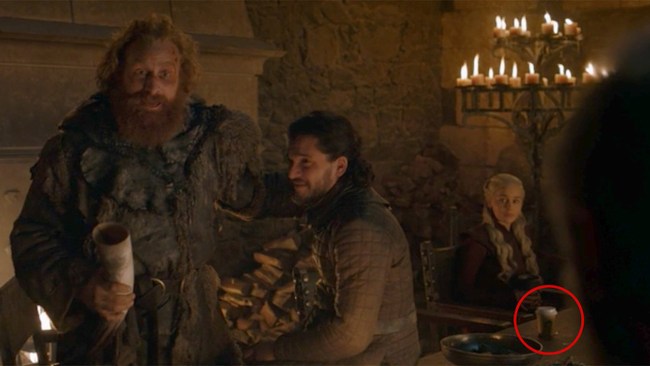 After speaning eight years building a reputation as one of the greatest television series of all-time, Game of Thrones illustrious reputation came crashing down this year, as its final six-episodes have been widely regarded by both fans and critics to be disastrous.

While the intricate flaws of the season is another article for another day, the show’s sloppiness down the home stretch was perfectly encapsulated when a Starbucks cup made its way into a scene in episode 4, “The Last of the Starks.”

The appearance of the Starbucks cup immediately went viral and David Benioff and D.B. Weiss got absolutely roasted for it. But while the internet was all over Thrones for their carelessness, we never actually got to find out whose fault it actually was. Until now.

On Wednesday night’s episode of The Tonight Show, Clarke — who can be next seen in Netflix’s Last Christmas — revealed that she finally learned the truth of the infamous Starbucks coffee cup until the Emmy Awards, when Varys actor Conleth Hill told her that he was the one responsible.

“It was Conleth’s coffee cup! He said so. He was like ‘I think it was. I didn’t want to say anything because it seemed the heat was very much on you.’ And I was like WHAT?!” Clarke told Jimmy Fallon.

Given Conleth Hill’s infamous reaction to Varys’ death, it wouldn’t shock me if the scorned actor left the cup in view of the camera on purpose out of spite.

It’s been a wild week in the world of Game of Thrones, as one prequel has been canceled, another has been ordered to series, David Benioff and D.B. Weiss left Star Wars, and George R.R. Martin provided yet another update on The Winds of Winter.