Did You Know Getting Drunk Actually Changes The Way Your Face Looks? Here’s How And Why 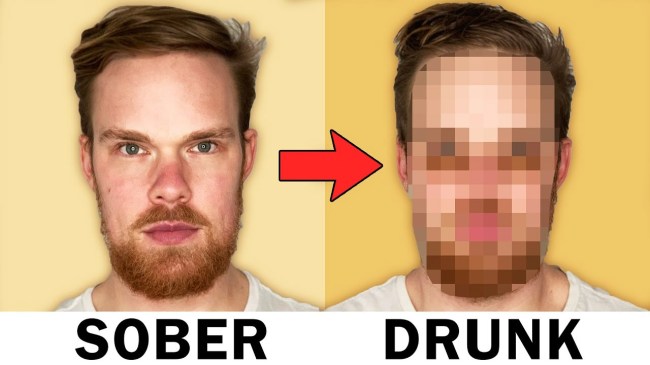 As anyone who has had a little too much to drink is well aware, getting drunk changes the way other people’s faces look. I believe the medical term for this phenomenon is “beer goggles.”

But did you know that getting drunk also changes the way your face looks? And we’re not just talking about how you look in the mirror, which is obviously terrible. Especially the day following a bender.

That’s right. Getting drunk actually changes your face. At least according to the smart people over at AsapSCIENCE.

They conducted an experiment which involved drinking for 12 hours straight, one drink per hour, and then they took photos of their face every three hours as they drink, followed by another photo the next morning.

Then they compared those photos to the previous day when they were sober, at the same time intervals, and doing the exact same things throughout the day to see how much their faces changed.

When all is said and done they will have explained why you get drunk, how it changes your biochemistry, and what impact that has on one’s face – which as you can see below with one of the guys’ before and after photos, can be rough. 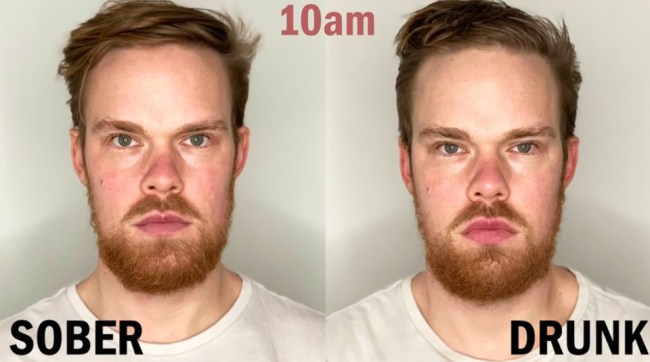 By the way, watch the video below if for no other reason than to see these two guys completely blasted out of their minds. Highly entertaining.