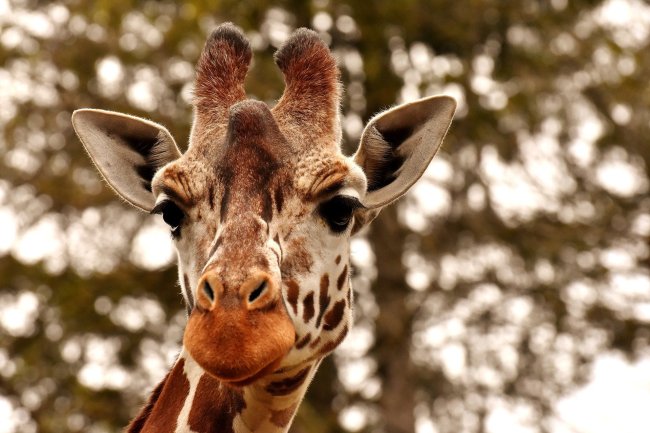 I’d say that it’s not every day you get chased down by a giraffe as you speed away in your Jeep but honestly, I don’t know you and I don’t know how you live your life. For all I know, you live on a game preserve in Africa and crazy giraffes chasing you down like the angry T-Rex from Jurassic Park is just a normal day for you.

For the rest of us who have never seen a giraffe in real life, this is beyond insane. It looks like a scene you’d expect to see in a movie and not real life. The determined giraffe at Masai Mara Game Reserve in Kenya is BOOKING IT after the Jeep.

It’s unclear what would’ve happened if that giraffe caught the vehicle but based on its persistence I’m guessing it wouldn’t have been pretty for the tourists in the truck. I’ve seen videos of giraffes fighting where they smack each other with their enormous necks (I’ve included one of those clips below) and I have to think that giraffe was ready to neckslap the ish out of those tourists if it got close enough.

Pretty wild, right? I mentioned that clip of two giraffes fighting. If you haven’t seen this one from a few years back then it’s required viewing. The description fo the video explains that adult male giraffes use their necks for fighting because it’s the most powerful and maneuverable weapon they have. Kicking isn’t super realistic for them with their weird bodies but neckslapping is very effective.

I’ve got a giraffe that lives down the street about a half a mile at one of those exotic rescue zoos like Joe Exotic’s in Tiger King but there’s only one giraffe so I’ll likely never get to see two giraffes throwing down like this without me booking a flight to Kenya.

Just as an FYI: the chances that you get trampled and killed by a giraffe are low but it’s never 0%.