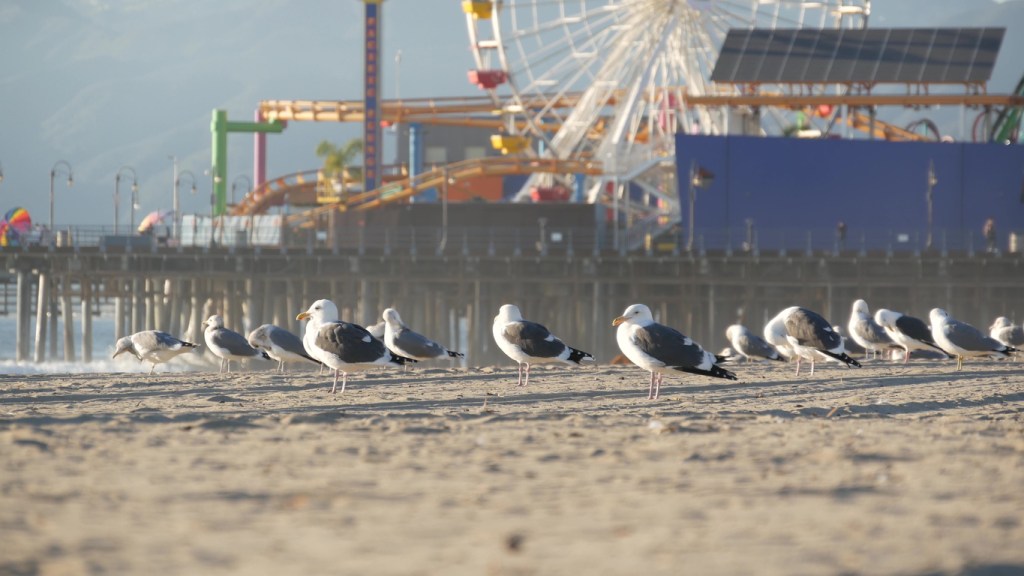 This is the Internet at its best. There’s nothing to argue about here. No high-brow intellectual debates or low-hanging fruit to attack. It’s just an outrageous clip of something that’s funny to watch.

I’m not easily amused by most things I see every day on the Internet. I simply spend too much time looking at things to share with you guys and come across thousands of mediocre news stories and videos every day. But this one is different. I legitimately said ‘oh my god’ out loud while watching this.

The girl and her friend were at Morey’s Piers in Wildwood, New Jersey (between Avalon and Cape May, south of Atlantic City). They were riding a ride called the Springshot which is exactly what it sounds like. A loaded spring shoots the rider up the track at 75mph.

Just as the ride takes off the girl on the right gets hit by a seagull that was flying by and then is trapped on top of the girl as the ride continues to accelerate. I’ve watched this clip like five times already and I’ll probably watch it five more today. Here’s the clip on YouTube, Twitter, and Instagram so you can watch your preferred version:

George is the girl on the left. It was her birthday. She was screaming with delight and completely oblivious to the fact that her friend Kiley on the right was being smothered by a seagull they picked up halfway up the ride.

According to Kiley’s comments after the fact, she could see the seagull coming at the last moment and knew there was nothing that could be done. She says she waited for the seagull to spin over and then threw it off. All while her friend was screaming on the ride and she was over there fighting a bird.