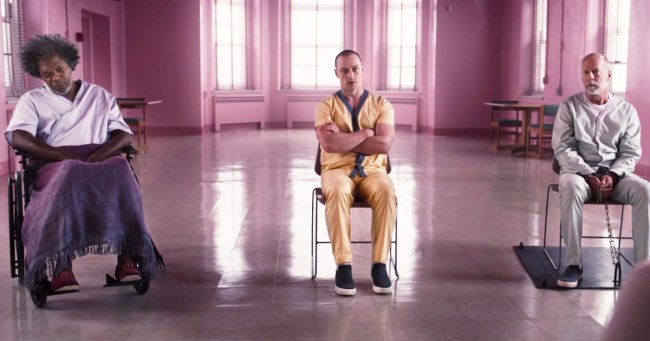 On November 22, 2000, the movie Unbreakable was released into theaters. The film that was written, produced, and directed by M. Night Shyamalan, starred Bruce Willis and Samuel L. Jackson in a superhero movie unlike anything we’d seen on the silver screen before. Now, 18 years later, Shyamalan will release Glass, the third movie and the first official trailer looks stupendous!

The terrific trailer was debuted at the 2018 San Diego Comic-Con and it shows the three superhumans in a psych ward being treated because doctors believe they all suffer from mental illness. This is not your normal Marvel or DC comic book movie. Glass smashes into theaters on January 18, 2019.