A Single Gold Coin Sold For A Record $18.87 Million At Auction While Bitcoin Continued To Crash 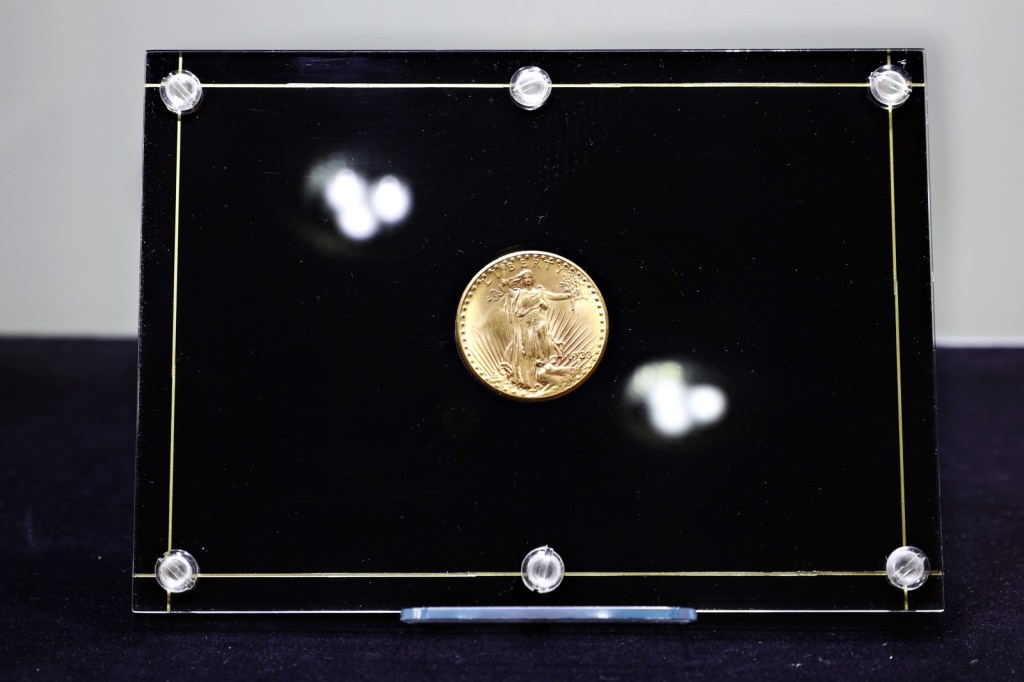 A single gold coin from 1933 went up for auction at Sotheby’s this week and it sold for a record $18.87 million which is more than 537 bitcoins. This is an incredibly rare and historically significant coin that dates to the time when the gold standard was removed from coins in America.

The 1933 Double Eagle was the last gold coin in America that was intended for country-wide circulation. That never came to fruition because President Franklin D. Roosevelt never issuing the coin as the United States moved off of the gold standard.

Sotheby’s Auction House described the 1933 Double Eagle gold coin as “one of the most coveted coins in the world.” I’d sure as heck expect it to be if someone was willing to spend nearly $19 million on it.

According to GulfNews, the coin had a pre-auction estimate of $10 to $15 million. It didn’t take long to completely demolish those projections. This coin broke the previous world record for the most expensive gold coin (or coin of any type) ever sold.

The 1933 Double Eagle Gold Coin was initially meant to be a $20 coin. Add that up and that would mean someone spent approximately 943,500 the original value of the coin before it never went into circulation and marked the gold standard shift in American history.

This same coin was sold in 2002 to an anonymous buyer for $7.59 million ($10.8M in 2021 dollars). At the time it was the second most ever spent on a coin. Less than twenty years later and the 1933 Double Eagle nearly doubled in value. That’s one hell of an investment.

For what it’s worth, this isn’t the only one in existence. The United States Mint discovered ten more 1933 Double Eagle gold coins back in 2005. These coins were found via ‘illicit coin dealer’ and Philadelphia jeweler Israel Switt who admitted to selling them years before. The US Mint was able to track down the original purchaser and recover these incredibly rare coins.

Another one of these coins was found in the possession of Egypt’s King Farouk in the mid-1950s before it was recovered by the US Treasury. According to GulfNews, the 1933 Double Eagle sold this week for a world record amount is the first one in history that’s been legally sold. Prior to now, all 1933 Double Eagles were sold on the black market.

The entire Wiki entry on this coin is pretty fascinating. If you’re interested in American history you could check it out right here.