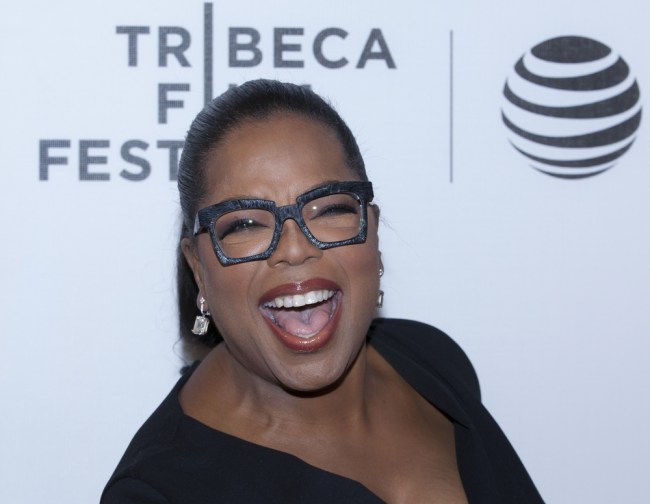 The Golden Globes took place last night and Oprah was in the audience to receive a prestigious award. Host Seth Meyers opened the Golden Globes with the type of monologue everyone expected: he made jokes about Hollywood’s awakening in 2017 and how basically every leading male in Tinsel Town was discovered to be a massive piece of shit.

Somewhere throughout the monologue, Seth made a joke along the lines of “Nothing but respect for OUR future president.” NBC was live-tweeting the Golden Globes and sent this joke out in a tweet. Because people are stupid, and because we live in the most politically charged era in modern history, everyone on Twitter seemed to lose their damn minds over this tweet.

This is a perfect look at the microcosm that is ‘shit posting’ on Twitter. Behold as your drunk uncle and his friends lose their damn minds at the mere idea that Oprah could one day be POTUS.

It started with this tweet, and NBC later followed it up with video of the monologue because none of these nincompoops seemed to understand that it was part of the monologue.

Nothing but respect for OUR future president. #GoldenGlobes pic.twitter.com/h4hkjewu0K

Glad to know you’re not biased.

This just in…Oprah is going to be the new president of NBC! Congratulations, Oprah!

Oprah would make a great president of NBC.

Breaking news: Oprah is going to be President of NBC.

Let’s get back to the idiots:

I’m guessing she is running as a Democrat since @NBC is promoting her. Your bias is ridiculous.

You are only proving the President's point and adding fuel to the fire.

Excuse me! Already trying to fix the election? #MSM

You speak for your Corp. Execs? Or for your entire Comcast/ Universal/ NBC employees? Please clarify cause @realDonaldTrump is my President and as long as he continues to #MAGA we will see for another term as a #Trump2020 campaign will win!

You don't have a particularly good recent track record on picking Presidential winners do you.

I have to stop. I’m sure that 50% of these accounts are bots. As over 50% of President Trump’s followers are bots. But this is just sad that people were too stupid to realize this was part of the monologue when NBC was literally live-tweeting the entire fucking Golden Globes. If you want to keep scrolling through the batshit crazy responses you can find all of those here.