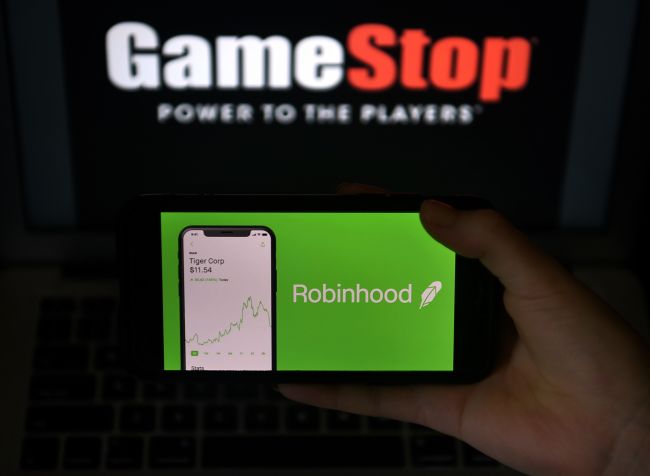 The Robinhood app had a rough day but it seems like they’re going to come off unscathed from negative reviews on the Google Play app store.

On Thursday Robinhood made the controversial decision to restrict the trading of Gamestop, AMC and other meme stocks being pushed by the Reddit subgroup r/WallStreetBets “in order to protect the firm and protect customers.”

Angry users who were frustrated that they couldn’t buy meme stocks on Robinhood began leaving negative one-star reviews on their page in the Google Play app store.

after delisting GameStop and AMC, Robinhood has gotten over 100,000 1 star reviews in one hour on the app store, now set with a 1 rating. they deserve it pic.twitter.com/eDNDuPrj8r

According to the webssite 9to5Google.com, Google deleted over 100k negative one-star reviews that allowed Robinhood to maintain their 4.6 rating in the app store.

Google has deleted thousands of the negative reviews. A quick look makes it appear that roughly 100,000 reviews have been removed, bringing the score back up to about 4 stars over the past few hours.

Google told The Verge they deleted the ratings because they felt users were manipulating the system by leaving one-star reviews.

Google’s policies explicitly prohibit reviews intended to manipulate an app’s rating, and the company says it has a system that “combines human intelligence with machine learning to detect and enforce policy violations in ratings and reviews.” Google says it specifically took action on reviews that it felt confident violated those policies, the company tells The Verge. Google says companies do not have the ability to delete reviews themselves.