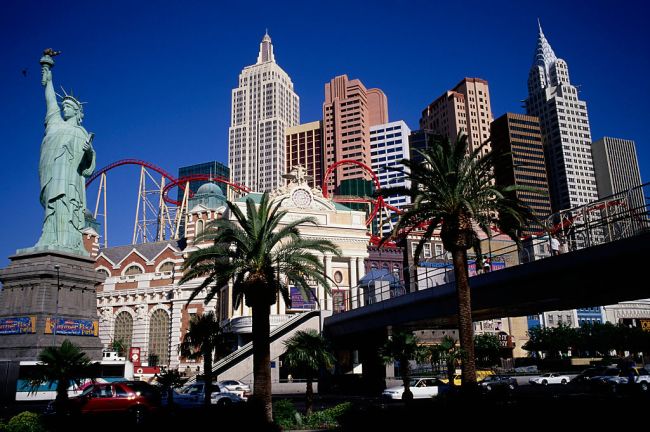 Google Earth has allowed us to visit any place on the plant whenever we want since 2005. All you have to do is hop on your internet jet and fly to whatever landing spot you desire. Now, Google is giving the application its biggest update since 2017 and allowing you to see how your destination has changed over time with its new ‘Timelapse’ feature.

The company announced on Thursday that it has compiled 24 million satellite photos from the past 37 years to create the experience, which allows people to see the effects of both man-made and natural wear-and-tear on the planet. It also plans to add new imagery to Timelapse each year for the next decade.

“With Timelapse in Google Earth, we have a clearer picture of our changing planet right at our fingertips — one that shows not just problems but also solutions, as well as mesmerizingly beautiful natural phenomena that unfold over decades,” said Rebecca Moore, the director of Google Earth, Earth Engine & Outreach.

The project was created alongside NASA, the U.S. Geological Survey’s Landsat program and the European Union’s Copernicus program. Google also worked with Carnegie Mellon University’s CREATE Lab on the technology, which houses 20 million gigabytes of imagery. Satellite imagery is provided by the space agencies, so it only shows changes at the landscape level. While you can’t zoom in to see individual houses and cars, like you can with Google Maps, the bigger, broader picture is enough to make it worth checking out.

Timelapse is an incredibly addictive feature that provides an entertaining look at the way the world has changed since 1984. That includes an equally as harrowing look at climate change and what humankind has done to the planet as the population continues to grow and metropolises continue to grow from the earth.

Part of Google’s goal is to put the spotlight on global warming and featured a handful of specific timelapses that show things like the impact of irrigation, construction and mining. Take the Columbia Glacier retreat for example:

The drying of the Aral Sea in Kazakhstan and Ubekistan is also a harsh wakeup call:

Of all of the potential locations and changes to explore, watching the urban growth in major cities is the most fascinating. Both Las Vegas and Dubai were built entirely from the ground-up in the middle of the desert. Their timelapses are mind-blowing:

Google said that it hopes governments, researches, journalists, teachers and advocates will analyze the imagery, identify trends and share their findings, but it’s more fun to marvel at coastlines or megacities. Although you probably haven’t been on Google Earth in awhile, it’s worth hopping on Timelapse and spending the next few minutes/hours/days exploring the earth since the 80s.