VIDEO: This Is What Happens When A Snake Invades The Gorilla Exhibit At (The Primates Are Real Scared) 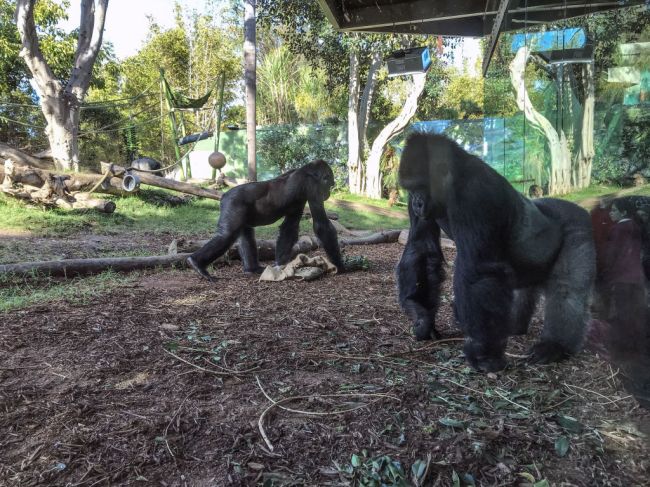 Snakes are not the most beloved of God’s creatures. The slithering limbless reptiles, which are often misunderstood, are often greeted with fear, disgust, and hostility. But it isn’t just human beings who want nothing to do with snakes. Gorillas at an exhibit at Disney World are also petrified and inhospitable to snakes, as seen in a viral TikTok video.

We take you to the Gorilla Falls Exploration Trail at Disney World’s Animal Kingdom. That is where a troop of gorillas call “home,” and on this particular day, a serpent invaded their habitat. The gorillas were not welcoming to the scary squamate, but were trepidatious in removing the snake from their exhibit in central Florida.

Despite being the world’s largest primates, the gorillas act skittish around the small reptile. A Disney guest captured what happens when a snake invades the gorilla exhibit at Disney World.

TikTok user @silkystrokesurvivor shared the moment when the gorillas realize there is a snake in their midst. The viral TikTok video that has been viewed over 10 million times shows the gorillas being afraid of the small snake despite their huge size and power advantage. The entire troop of gorillas gathers near hay to try to shoo away the reptile. One gorilla nervously swipes at the hay to get the snake out of their home in Orlando.

A Disney employee gives commentary on the snake-versus-gorilla confrontation.

“So just like humans, our gorillas are very curious about what goes on in their habitat,” the employee said in the viral TikTok video.

One gorilla puts its face down on the ground to examine the uninvited guest, only to retreat in fear when the snake slithers. Who can blame the gorilla, snakes are creepy. Another gorilla beats its chest in front of the snake in what appears to be a cheap version of Kong vs. Godzilla.