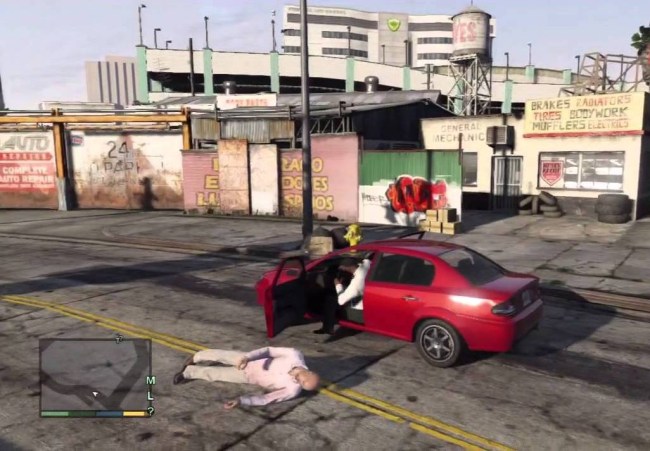 I never finished the game because I never tried to finish. I’d just wander around for hours, rob people, steal and crash cars, solicit hookers, and look for hidden objects. I might have completed maybe ten missions in two years of playing “Grand Theft Auto 5.”

Is it possible to have fun and play “Grand Theft Auto V” without breaking any laws, jaywalking, or punching other characters?

MrBeast – my son’s favorite gamer – and his pals are doing the exact opposite in this video.

The player with the least amount of points is deemed the challenge loser and receives punishments like eating a cup of mayonnaise.

The first objective for the players is to get a haircut without breaking a law.

“Can I steal a car?” one unnamed gamer asks. If my son were here, he’d be able to tell me all their names, but he’s with his mom and I refuse to wait for him to come over.

“That’s breaking the law,” Mr. Beast replies, and it’s already obvious each task will take forever since driving cars is the main mode of transportation in the game.

Running around in the game also takes an insane amount of time because each player is not allowed to jaywalk.

The second objective is to reach the top of the map and each player realizes he’s allowed to hail a cab.

The rest of the video is pretty damn ridiculous.