GTA 6 Will Have Fortnite-like Evolving Map, Set In Modern-Day Vice City – But Won’t Be Released Until 2025: Report 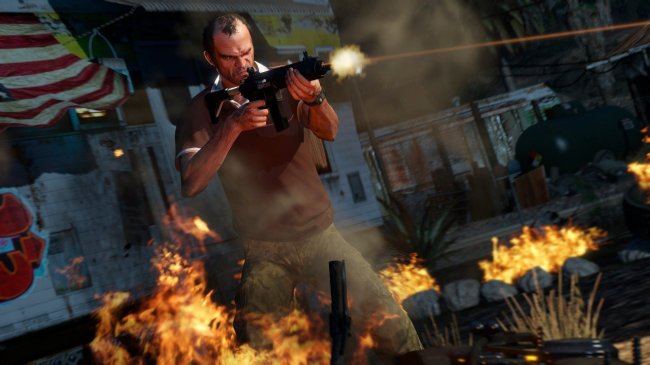 The exciting news is that we have intriguing details about Grand Theft Auto 6. However, there is also frustrating news that GTA 6 won’t be released for years.

Can you believe that this September will mark eight years since GTA V was released? We will have to wait a lot longer for the next installation of the massively popular open-world video game. According to a new report, GTA 6 has a release date of 2025. Rockstar Games is allegedly concerned about “employee wellbeing,” and not wanting to overwork employees as they have done in previous video games. Henderson notes that Rockstar is not in a hurry to release GTA 6 since GTA Online is so popular.

The new details about Grand Theft Auto 6 come to us via notable gaming leaker Tom Henderson, who previously correctly leaked Call of Duty and Battlefield 2042 details.

Despite the depressing news about the long wait for Grand Theft Auto 6, there are some really interesting rumors about the maps and gameplay of the newest Rockstar video game.

Previous rumors hinted that Grand Theft Auto 6 would be set in the 1980s, but Henderson notes that GTA 6 will be set in modern-day Vice City, which is based on Miami.

Henderson teases that GTA 6 may have an evolving map, much like Fortnite, where the map can grow and change over time, according to Gamespot.

Another GTA 6 rumor is that the game will have multiple playable characters, such as GTA 5 had. Henderson claims that one of the main characters will be a female character, who is “the bright one in the group and be responsible for stuff such as technology and hacking.”

Henderson claims that GTA 6 will only release on PS5, Xbox Series X/S, and PC.