There Are People On This Planet Who Actually Believe Chocolate And Peanut Butter Are Not The Perfect Combination. They Couldn’t Be Wronger. 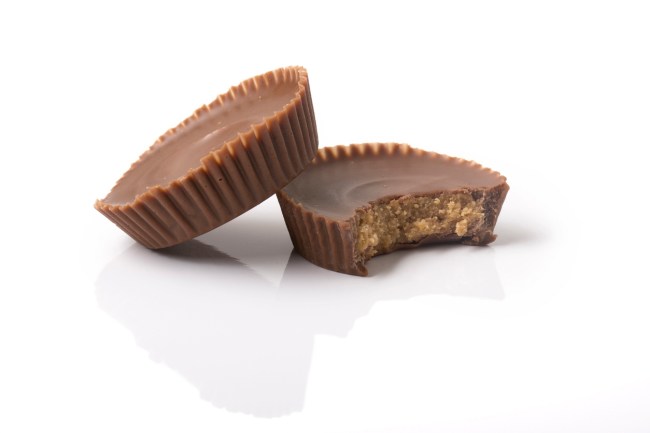 There are people who say outlandish things on purpose to garner attention for themselves, which is understandable because, in a time of social media, those who screech the loudest, unfortunately, get the most attention. I understand the game, but I don’t particularly want to shine a spotlight on click-thirsty individuals proclaiming duplicitous statements when they know full-well that they are being hyperbolic to create buzz. However, when I saw a somewhat “relevant” publication falsely claiming that “chocolate-peanut butter is a terrible flavor combo,” I had to speak up since “silence in violence.”

There is a three-letter “free online culture and lifestyle magazine” that will go unnamed because they deserve zero clicks for their attention-seeking tomfoolery. They were so desperate to cause a stir on the internet that one of their writers actually claimed that Reese’s Cups are “boring Halloween half-assery.” What? Do words not matter any longer? Imagine having this kind of gobbledygook opinion and not only believing that you have the authority to write about candy but also having a platform to spout your candy conspiracy theories? How disillusioned can one person be?

The writer claims that the “problem” with the chocolate-peanut butter duo is that both are “warm” flavors. What? Then the writer goes on some nonsensical rodomontade about how foods need to have both warm and cool elements, which is usually true…but candy is a different beast and anyone with half of a taste bud understands that. Chocolate-based candies are generally paired with other warm flavors: caramel, nougat, pretzels, toffee, wafers, nuts, and peanut butter. Only York Peppermint Patties are warm and cool flavors.

But you don’t have to take my word for it…

WHY WON’T PEOPLE BELIEVE THE SCIENCE!!!

AS you can see, Reese’s Peanut Butter Cups not only occupy the top spot of FiveThirtyEight’s “The Ultimate Halloween Candy Power Ranking,” BUUUUUUUT the runner up in the finest Halloween candy in the land is…Reese’s Miniatures – which are the same exact thing as the first place winner but tinier.

You slide down to the fifth-best candy and it is Snickers – the self-proclaimed “World’s best-selling candy bar” that is “crammed with PEANUTS, caramel and nougat then coated with milk CHOCOLATE.”

If you’re scoring at home, the chocolate-peanut combination dominates the greatest Halloween candies list with six of the top ten. It should be noted that 269,000 candy lovers gave their expert opinions to formulate this list.

In another candy-ranking list assembled by over 40,000 people, the top-ranked Halloween candy is…Reese’s Peanut Butter Cups.

The age-old adage that still rings true to this very day is: “You come at the king, you best not miss.”