Halo Teases Return Of The Covenant, Gets The The Hype GOIN’ With New Trailer For ‘Halo: Infinite’ 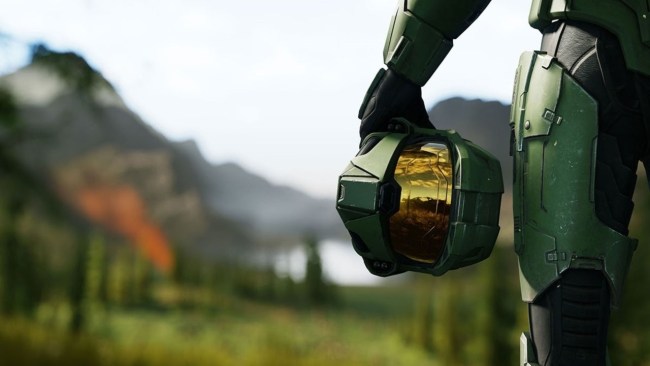 The world may be falling apart, sure, but the fact is we’re just mere months away from what looks like the best entry in the Halo franchise in some time, and that’s something worth holding onto. It may be relatively tiny, but a light at the end of the tunnel guides us all the same.

When it comes to video game franchises released during my lifetime, Xbox’s Halo behemoth ranks near the top. Close to 20 years later and I still remember the thrill of playing the original, Halo: Combat Evolved, as a youngin’ with the rest of the boys.

The franchise has ebbed and flowed since — I’ve genuinely lost track of the number of Halo games out there — but this latest entry will mark the sixth in the main story of Master Chief. And while I was already hyped for the return of the franchise, this latest teaser has only added further fuel to said hype train.

The teaser features the ominous warnings from a member of The Banished–a splinter group from the series’ main antagonists, The Covenant.

The Banished first made an appearance in Halo Wars 2, which took place after the events of Halo 5. The Banished rejected the ideology of the Covenant and broke away from their compatriots, led by Atriox. Halo Wars 2 chronicles the conflict between The Banished and the crew of UNSC Spirit of Fire, which eventually spilled over onto a new Halo installation. How this connects to Halo Infinite is still unclear, but it’s a hint at the direction the sequel might be taking. [via Gamespot]

While Halo: Infinite does not have a set release date at this time, except to find out plenty more about the game in July at Microsoft’s Xbox Series X games event.