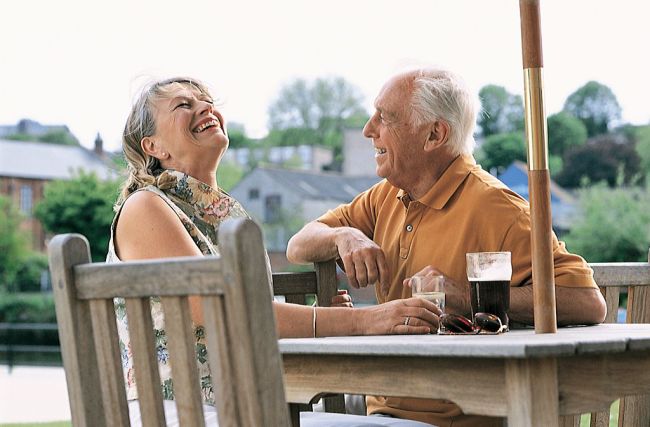 People searching for dating, relationship, and marriage advice will often ask: “What qualities make for a happy relationship?” Some people would say that having a side-chick is the key to a long-lasting relationship, and while that may resonate with many people who read this website, there is actually a different answer, according to the meta-analysis of 174 separate studies.

Finding the key to making your marriage not only function with some semblance of normalcy, but also make both partners happy can be a near-impossible endeavor for most people. For such a complicated task, we can look to science for answers. A recent review of 174 separate studies that analyzed data from 203 separate samples and included nearly 44,000 participants found the one thing that was most important for happy relationships: psychological flexibility.

The paper titled “Examining the correlates of psychological flexibility in romantic relationship and family dynamics: A meta-analysis” was recently published in the Journal of Contextual Behavioral Science. The paper found that psychological inflexibility caused discontent between couples and destroyed relationships.

Psychological flexibility means “contacting the present moment fully as a conscious human being, and based on what the situation affords, changing or persisting in behavior in the service of chosen values,” according to the Association for Contextual Behavioral Science.

“Psychological flexibility actually refers to a number of dynamic processes that unfold over time,” wrote Dr. Kashdan is Professor of Psychology at George Mason University. “This could be reflected by how a person: (1) adapts to fluctuating situational demands, (2) reconfigures mental resources, (3) shifts perspective, and (4) balances competing desires, needs, and life domains. Thus, rather than focusing on specific content (within a person), definitions of psychological flexibility have to incorporate repeated transactions between people and their environmental contexts.”

“A psychologically flexible person is characterized by a set of attitudes and skills: they are generally open to and accepting of experiences, whether they are good or bad; they try to be mindfully aware of the present moment; they experience difficult thoughts without ruminating on them; they seek to maintain a broader perspective when faced with a challenge; they continue to pursue important goals despite setbacks; and they maintain contact with ‘deeper values,’ no matter how stressful a day might be (so, for example, a parent confronted with a screaming child who holds the value of being a kind, compassionate parent is able to bear this in mind when choosing how to react to the child). Psychological inflexibility describes the opposite of these thoughts and attitudes, and also entails feeling judged or shameful for holding negative thoughts and feelings.”

The paper’s authors, Jennifer S. Daks and Ronald Rogge at the University of Rochester, say that higher levels of psychological inflexibility were linked to:

The paper also found that psychological inflexibility is toxic for families.

From the British Psychologcal Society:

“The pair identified a host of specific links between aspects of flexibility or inflexibility and family functioning. For example, they found that inattention to the present moment and a tendency to respond to challenging experiences in a rigid, inflexible way were linked to weaker family bonds. These factors were also linked to lower levels of satisfaction with romantic relationships, and less “adaptive” parenting, suggesting that such an inflexible parent ‘might have a more difficult time responding to their children’s misbehavior in sensitive, compassionate and responsive ways.’ (In contrast, greater flexibility was strongly linked to more adaptive parenting). A lack of awareness of the present moment was also associated with more shouting and violence among couples and, along with some other measures of inflexibility, to stronger feelings of insecurity in relation to the relationship.”