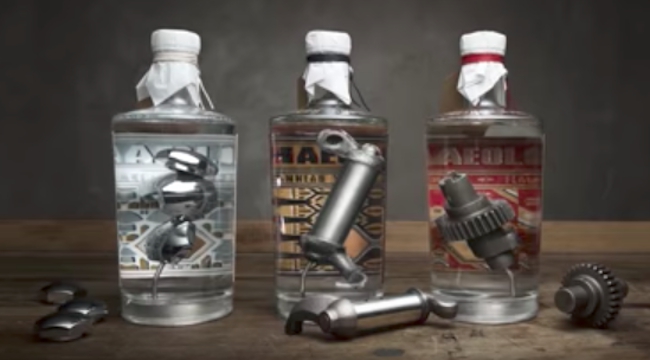 Uwe Ehinger has been a Harley Davidson fanatic since the age of 17 and has spent his life traveling the world in search of the rarest of the rare. The German has scoured dusty garages and warehouses in South Korea, Mexico, Chile and beyond in the hopes of finding abandoned and forgotten motorcycles that he could bring back home and refurbish.

According to his website, Ehinger has devoted his life to “preserving the spirit of the old machines,” and he recently decided it was only natural to combine his interest in motorcycles with actual spirits. The result was The Archeologist, a gin infused with vintage Harley Davidson parts for reasons we’re still trying to figure out.

While the gin itself is infused with juniper berries and other botanicals, it doesn’t seem like the parts would actually have much of an impact on the flavor of the spirit itself. Based on the price tag, it would appear that Ehinger views this as more of an art project than anything else.

With that said, if you’re in the market for an incredibly expensive conversation, The Archeologist is made for you.