#plex tv
BroBible may earn a commission if you buy a product or service via links in this article.
by Eric ItalianoDecember 1, 2022 11:00 am 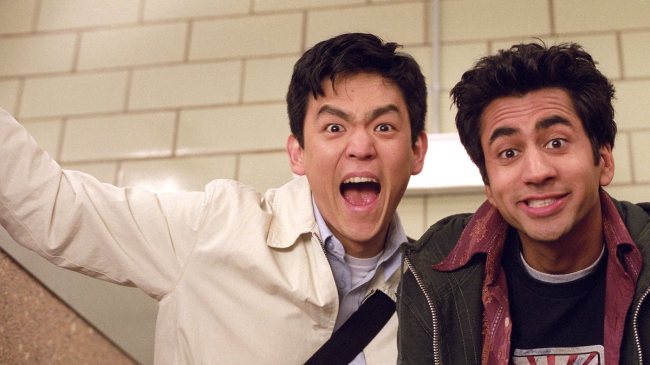 While “stoner comedies” are largely an indistinguishable dime-a-dozen affair, every so often, there’s one that stands out amongst the rest and proves to stand the test of time. Harold and Kumar Go To White Castle is absolutely one of those movies. In fact, it can be argued that Harold and Kumar is the greatest stoner comedy of the 21st century so far.

Think about it — how many other comedy franchises have produced a trilogy in the last 20 years? You can probably count them on one hand, and I’m willing to be that Harold and Kumar is the only one that so aggressively involves the sticky icky.

Plus, given how much weed has been legalized across the country in the years since, Harold and Kumar is now somehow less relevant but MORE hilarious these days as a result of its datedness: it’s like a time capsule of early 2000s comedy.

And luckily for you, whether you’re in the mood to watch due to the effects of mary jane or not, Harold and Kumar Go To White Castle is currently streaming for free over on PLEX TV.

Thanks to PLEX TV, you can watch Harold and Kumar Go To White Castle for FREE online in the United States. Yes! Plex is actually free and that’s not just something I’m saying to get your adrenaline pumping.

You can actually watch all of Harold and Kumar Go To White Castle on-demand. No subscription is needed, not even a sign-up.

Stream anytime, anywhere for FREE on almost any device (Apple, Android, Roku, Amazon Fire, and more) in the United States.