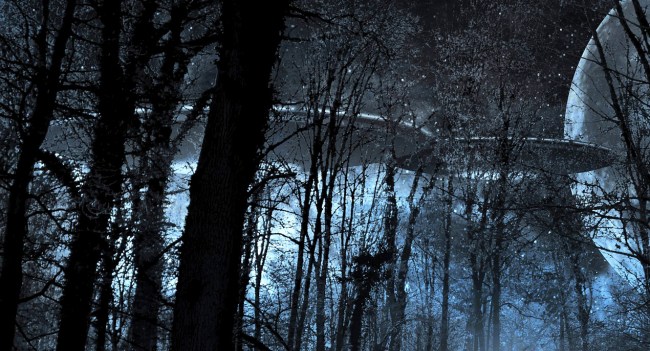 Astronomer and theoretical physicist Avi Loeb, chairman of Harvard’s Department of Astronomy, says extraterrestrial alien technology visited Earth back in 2017 – and there is going to be more of it coming our way in the future.

Loeb makes his bold claim, and attempts to back it up, in his upcoming book Extraterrestrial: The First Sign of Intelligent Life Beyond Earth.

The basis for his belief centers around Oumuamua, a 1,300-foot long cigar-shaped asteroid that first appeared in our solar system in 2017 and baffled scientists and astronomers due to its unique shape.

There were, and still are, several reasons why Oumuamua has confounded scientists. For one, the giant space rock is flat and elongated rather than round like a typical asteroid. Second, Oumuamua was also somehow, inexplicably accelerating through space.

Back in 2018, Loeb and none other than Stephen Hawking were seriously looking at the possibility that Oumuamua could, in fact, be an alien spaceship.

In August of 2020, Loeb and Thiem Hoang, an astrophysicist at the Korea Astronomy and Space Science Institute, published another study in The Astrophysical Journal Letters that doubled down on speculation that Oumuamua is alien in nature.

Speaking to the New York Post last week, Loeb explained that scientists want to classify Oumuamua as a comet or an asteroid because that’s basically all they know.

“What would happen if a caveman saw a cellphone?” asked Loeb. “He’s seen rocks all his life, and he would have thought it was just a shiny rock.”

A number of unusual properties about the object helped Loeb make this conclusion.

Astronomers looked at the way the object reflected sunlight. Its brightness varied tenfold every eight hours, suggesting that was the amount of time it took for it to complete a full rotation.

Scientists concluded the object was at least five to ten times longer than it was wide — sort of like the shape of a cigar.

No naturally occurring space body we’ve ever seen has looked like it — or even close.

“This would make ‘Oumuamua’s geometry more extreme by at least a few times in aspect ratio — or its width to its height — than the most extreme asteroids or comets that we have ever seen,” Loeb writes in his book.

As for why skeptics continuously try to debunk his theories despite the fact that their very own theories often don’t stand up to scrutiny, Loeb told the Post, “Some people do not want to discuss the possibility that there are other civilizations out there. They believe we are special and unique. I think it’s a prejudice that should be abandoned.”

He says if the scientific community were to do that then “it would put us in perspective. If we are not alone, are we the smartest kids on the block? If there was a species that eliminated itself through war or changing the climate, we can get our act together and behave better. Instead, we are wasting a lot of resources on Earth fighting each other and other negative things that are a big waste.”