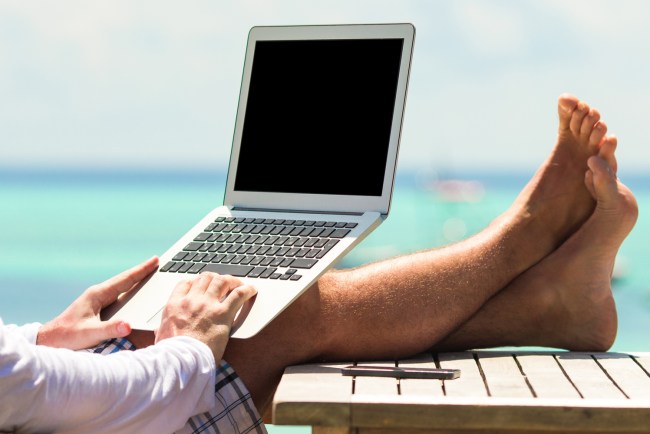 I had already spent a few years working from home before offices basically stopped being a thing earlier this year, and if you got your first taste of that particular lifestyle courtesy of the pandemic, you’re probably well aware that it’s both a gift and a curse.

Is there something to be said for having a 15-second commute, being subjected to far less small talk and micromanagement, and being able to wear whatever the hell you want (except for those occasions where you have to throw on a button-down on a Zoom call and make sure no one can see you’re still wearing sweatpants)? Sure, but with that said, there’s also something to be said for real, actual human interaction and feeling compelled to take a shower more than three times a week.

In my experience, the biggest pitfall of working remotely is the monotony that can come with inhabiting the exact same environment day after day, and while you could previously treat yourself to a change of scenery by going to a coffee shop or stopping by a bar to grab a liquid lunch, there aren’t really that many options if you’re looking to switch things up right now.

However, what if I told you that you could score a round-trip plane ticket to temporarily work in Hawaii for the low, low price of absolutely nothing?

Luckily for you, you can do exactly that courtesy of the state’s newly announced “Movers and Shakas” program, which is being rolled out to help remote workers escape from the monotony of their daily routine by providing them with a backdrop that is likely a bit more exotic than the one they currently have.

You currently have until December 15th to apply to become one of the first of 50 people who will get a free ride out to Oahu as long as you agree to stay on the island for at least 30 days (you’ll also be encouraged to help give back to the community by devoting some of your time to working with some local charities while there).

Hawaii is hoping the program will help give its economy a bit of a boost while giving non-residents the getaway many of us could all use right now. That sounds like a win-win to me.