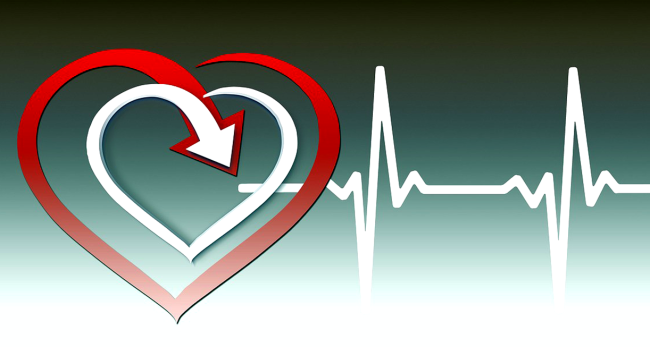 Here’s a way to know if he or she really is the one. Compare your heart rates while on your first date. Seriously.

Have you ever gone on a first date and wonder if you really are compatible with someone? Do they feel the same chemistry that you do? There’s an app for that. Actually there are lots of apps for that.

Because apparently all you need is something to measure your and your date’s heart rates to find out how much chemistry there really is, according to a study. If your heart rates are synchronized then there is definitely some kind of magic in the air.

“While someone may seem a perfect match on Tinder, we may feel nothing when we meet the person in real life,” said Eliska Prochazkova of Leiden University in the Netherlands, one of the authors of the study published in the journal Nature Human Behavior.

“In our modern world where millions of people meet online before interacting face to face, the question of what defines attraction has never been more relevant,” reads the study report.

“Physical attractiveness is often valued as one of the most important characteristics of a potential partner. Yet, research demonstrates that judging a potential romantic partner based on written or visual stimuli (for example, personal ads or photos) does not predict attraction during a first date.”

Participants in the study, 142 single heterosexual males and females aged 18 to 38, wore eye-tracking glasses with embedded cameras and devices to measure physiological signals including heart rate and skin conductance.

We found that overt signals such as smiles, laughter, eye gaze or the mimicry of those signals were not significantly associated with attraction. Instead, attraction was predicted by synchrony in heart rate and skin conductance between partners, which are covert, unconscious and difficult to regulate. Our findings suggest that interacting partners’ attraction increases and decreases as their subconscious arousal levels rise and fall in synchrony.

The study suggests that, “when interacting partners’ subconscious arousal levels rise and fall into synchrony, mutual attraction also changes. Crucially, our findings imply that, on the dyad level, the interacting partners’ physiological states synchronize into mutual alignment on a moment-by-moment basis. During these moments, a joint mental state potentially facilitates the feeling of a ‘click’ and attraction.”

A similar response has been observed between mothers and their babies.

The study also states “when interacting partners’ subconscious arousal levels rise and fall into synchrony, mutual attraction also changes. Crucially, research has begun to acknowledge that what people really seek in a partner is a ‘gut feeling of connection’ expressed as a sensation in the body. This type of attraction is difficult to regulate, fake or put into words yet seems to be a major force that often overrides rational decisions when it comes to partner selection. Despite its importance, what sparks this feeling between people remains one of the unsolved mysteries of science.”

That it most certainly is.

So the next time you’re on a first date, maybe all you need to do to truly know if there’s a real connection is check your heart rates and see if your date’s hands are as sweaty as yours.