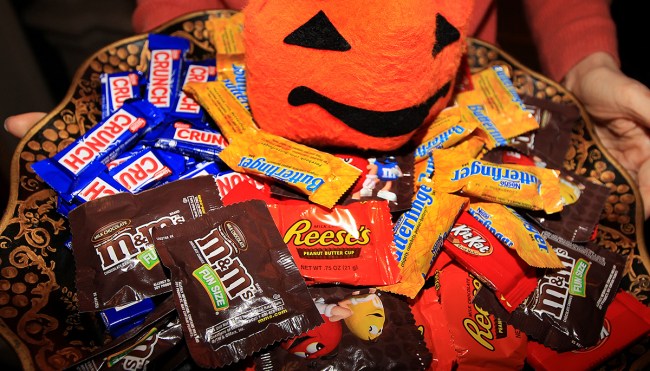 There aren’t many moments in life that have impacted me to a negative degree quite like the day I realized I had finally reached the point where I was too old to go trick-or-treating on Halloween; in the immortal words of Backyard Baseball announcing icon Vinnie the Gooch, “I like candy. Everybody likes candy. That’s why Halloween is such a popular holiday!”

We still have around three months to go until Halloween rolls around, and if you’re a normal, regular human being, dreaming up potential costumes and stocking up on all the essentials you need for a successful October 31st is probably the last thing on your mind right now. However, it might not hurt to get an early jump as far as that second aspect is concerned now that one of the biggest candy manufacturers on the planet has sounded the alarm.

According to CNN, Hershey CEO Michele Buck issued a fairly concerning warning during an earnings call on Thursday where she said the company is already bracing itself for the fallout stemming from the supply chain woes that will likely lead to a candy shortage poised to rear its ugly head in October (the majority of which apparently stem from the global ramifications of Russia’s invasion of Ukraine).

Hershey could theoretically stockpile products to try to prevent Halloween from being ruined. However, Buck noted that doing so would prevent the confectionary giant from keeping shelves stocked in the months leading up to the holiday (and, in turn, put a serious dent in their short-term profits), saying:

“We will not be able to fully meet consumer demand…

“We had a strategy of prioritizing everyday on-shelf availability. That was a choice that we needed to make,” she said. “It was a tough decision.”

My heart goes out to all of the kids who stand the very real risk of going home with a plastic pumpkin or pillowcase filled with an inordinate amount of Mike and Ikes, Mary Jane, and Necco Wafers and other undesirable candies on All Hallows Eve this year.