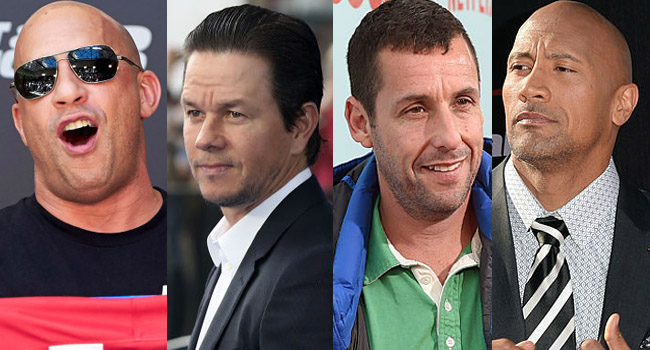 Remember how Dwayne “The Rock” Johnson climbed that mountain last year to become the highest paid actor in Hollywood? (And Bollywood.) Yeah, those days are over. At least for 2017.

Because there’s a new money king in town and he’s actually worked with The Rock in a movie, Pain & Gain, and his name is Mark Wahlberg.

That’s right, a movie which scored a whopping 15% rating on Rotten Tomatoes, Transformers: The Last Knight, was enough to topple the most electrifying man in entertainment’s time at the top. Thanks to that dud and the forthcoming Daddy’s Home 2, 46-year-old Wahlberg managed to eek out the win this year over The Rock, who dropped to number two on the list, $68 million to $65 million, according to Forbes.

Vin Diesel came in third at $54.5 million and no explanation is really necessary there, but Adam Sandler coming in fourth with $50.5 million might be a bit of a head-scratcher until you realize Netflix signed him to a $250 million deal to make four movies for them.

Those three names in the middle of the list may be unfamiliar to Americans, but they’re big Bollywood stars on the other side of the planet.

Meanwhile, on the women’s side, Emma Stone topped Forbes’ highest paid actresses of 2017 list at $26 million, which would have put her 15th on the men’s list, right behind her La La Land costar Ryan Gosling.

Cast your vote and let us know what you think!