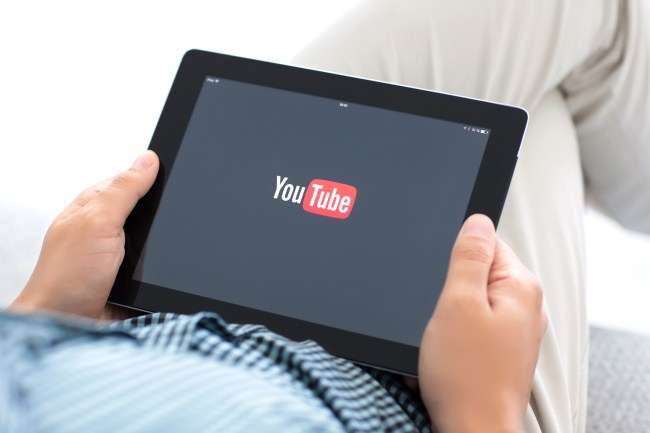 We are less than a week out from Christmas with the New Year a week later. This means we’ve got a long two weeks of drinking, being judgmental, and arguing with our loved ones. Thankfully there hasn’t been any big political news this week in America. We don’t need another thing to argue about around the table in addition to all of our shortcomings over the past year.

Thankfully, this list below took me down a peg before we got to the dinner table.

Generally speaking, I have pretty much zero interest in becoming a person who talks into a camera for a living. But much like the ‘Canadian Ivy League’ rep who I spoke with back in high school, I’m persuaded by ‘the almighty American dollar’ (I shit you not, a college admissions rep told me that).

But then I see this annual list from Forbes of the highest-earning YouTube stars making tens of millions of dollars sitting at home and talking into a GoPro. I see those numbers and suddenly the idea of being one of those people on camera who screams ‘HEY THERE, GUYS!’ to start every video, well, that doesn’t seem so bad to me after all.

Sure, they work A LOT. They are connected to their audience 24/7/365. All of them except for the #1 highest-earning YouTube star who is a little kid and probably still doesn’t know his ass from his elbow despite bringing in $26 MILLION in earning for 2019.

Here’s a look at the highest-paid YouTube stars of 2019, via Forbes.

#7 (tie) | PewDiePie (Felix Kjellberg)
Earnings: $13 million
— I still don’t have a fucking clue what this guy does and I refuse to find out

#2 | Dude Perfect
Earnings: $20 million
— How are they still around? Who is still watching their videos??

I guess Dude Perfect has a show on Nickelodeon these days which makes perfect sense because why wouldn’t a group of mid-30s guys appeal to kids on NICK? Yes, I’m fully aware that this is the pot calling the kettle black. The irony is not lost on me. I think I know this because I get bombarded with pitch emails but to be perfectly honest I get a hundred or more pitch emails a day and my eyes gloss over most of them.

To see a breakdown of the 10 highest-paid YouTube stars of 2019 and how each of them are earning their millions of dollars, you can click here to visit Forbes.