No Need To Hold Your Weed Like A Navy Seal: Why You Should Hold Hits For Only Three Seconds 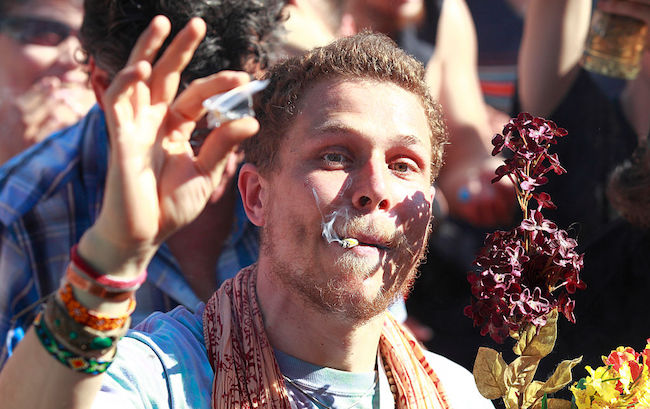 It seems the second that the marijuana paraphernalia starts getting passed around the room, there is that one dude in the mix — you know, the guy who, the more fucked up he gets, the more he starts jabbering as though he’s got a masters degree in every field from physics to auto mechanics – who swears on a stack of High Times magazines that he gets higher the longer he hold in his hits. There is no reasoning with this fool. No matter what anyone tells him, he insists on clinging to every puff of smoke like he is training to become a Navy SEAL. It’s a spectacle for sure. The dude’s face gets all red, his eyes start bulging out of his skull, and, sure as shit, he’ll nearly knock himself unconscious on the edge of the coffee table just prove his point.

But this douche bag breed of stoner doesn’t know what he is talking about. The age-old belief that stronger, more intense highs are available to those with the ability to hold in their hits the longest is one of the biggest loads of crap to ever stink up the cannabis scene.

Science debunked this myth decades ago. Still, some hardcore potheads remain flat out convinced that weed gets them higher the closer they come to blacking out. But it’s all in their heads. There is no evidence that this method of toking intensifies the effects of our old friend THC. In fact, all of the science on the topic suggests it is a waste of time.

Since the lungs distribute THC and oxygen to the brain in the same way, the stoned effects experienced after taking in a hit of pot are almost instantaneous. Studies have shown that 95 percent of THC is absorbed into the body in a matter of seconds. So, the count of three is about all the time one needs for the powers of pot to infiltrate the body and send them into an altered state of consciousness. Five seconds will not take them to another level. Not thirty seconds, either. Sure, it might seem that this technique brings about more wreckage, but all one is really experiencing, at a certain point, is the brain being deprived of oxygen. It’s called being light-headed – a warning signal from the body that is screaming, “Take a breath asshole.”

The secret to getting the most from those hits of weed is not holding them in longer — it’s inhaling deeper. Without getting too scientific on you fella’s, let’s just say that the deeper one inhales when smoking pot, the more THC is distributed to the appropriate places. It’s a matter of filling the lungs with about five liters of air, some of the latest research shows.

So, how do we know when you’ve taken in five liters of air? Well, the beauty about getting stoned is it doesn’t take a degree in physics to do it properly. Just breath it in as deep as you can — puff up your chest like you’re getting ready to fight someone for calling you an idiot for holding in your hits too long. In doing so, more THC will make its way to the bloodstream. Anything less and you are wasting a perfectly good smoke.