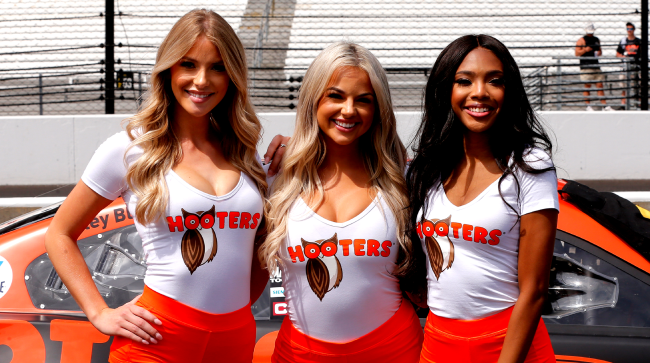 The restaurant chain Hooters is facing backlash, again, for the uniforms it is requiring waitresses and bartenders to wear at work.

As part of the company’s uniform policy update, “Hooters Girls” will now be required to wear new, smaller, even tighter fitting shorts.

“Starting Oct. 4, all Hooters Girls should wear the new shorts when working once they arrive to stores,” reads a recent Hooters memo obtained by the New York Post. “The old shorts should not be worn.”

The memo continued, “[We] hope this change would create excitement with all of our current Hooters Girls. We understand that this may be a change that may not suit your personal preference. We would ask that you try them out and, if after two weeks, you are still hesitant to wear the new shorts you may transfer to a non-image based position or resign your position as a Hooters Girl. If you choose to resign you will be eligible for rehire.”

Some Hooters employees have voiced their complaints to the media anonymously.

“The girls with more meat on their bones, it kind of just rides right up,” one server told NBC News. “You have a wedgie all the time.”

While numerous other Hooters employees have instead taken to TikTok to express their displeasure with the new shorts.

“soooo hooters got new panties. i mean shorts,” TikToker @lexiusxoxo wrote in the caption of her video showing off the new pants.

Apparently, there are two different companies that own Hooters restaurants (THE MORE YOU KNOW!), Hooters of America, LLC and The Original Hooters Group, and only the Hooters of America servers have to wear the new shorts.

Unfortunately, for those employees who dislike the new shorts, Hooters of America operates more than 420 Hooters restaurants, while The Original Hooters Group only has a total of 25 locations.

Hooters of America told NBC News in a statement that it appreciates feedback “both positive and negative, regarding a more accommodating and inclusive image policy on tattoos, jewelry, nails, hairstyles as well as new uniforms — to include new top styles, shorts and the addition of socks.”

“The new uniforms were the result of a collaboration with Hooters Girls,” Hooters of America added. “These uniforms have been worn for months in several Texas markets and have received overwhelmingly favorable reviews from both Hooters Girls and customers.”

Oh well, at least they will all be getting paid a fair wage while wearing the new shorts, right?